Netflix wants to possess the horror genre, with its next Indian Original- the chillingly terrifying, Ghoul 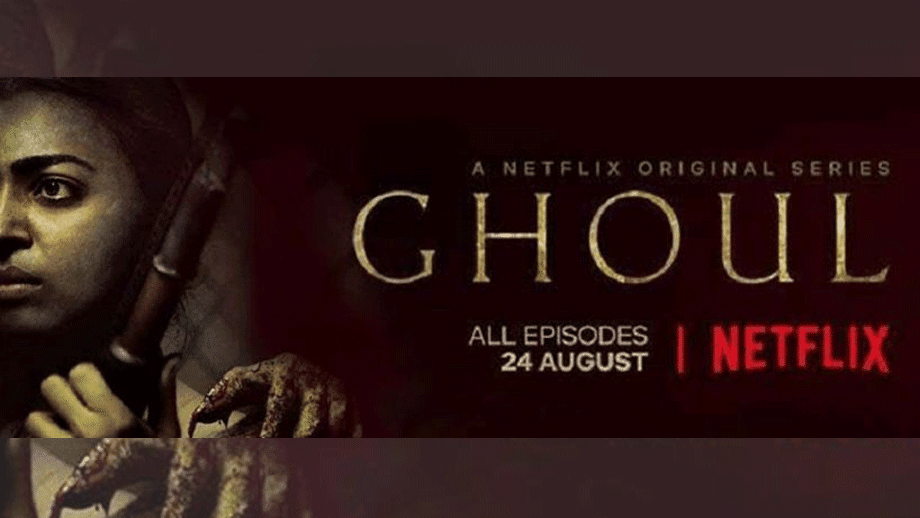 After disrupting the crime-drama-thriller genre in India, with the beyond brilliant Sacred Games, Netflix now wants to possess the horror genre, with its next Indian Original- the chillingly terrifying, Ghoul.

The just-released trailer is bloodcurdling and dark; enough to send a shiver down your spine and make your skin crawl. The gruesome tale is set in a secret military detention centre, and, according to the official Netflix site, “some of the terrorists held there are not of this world”. Terrified already, huh?

If that wasn’t enough to petrify you, chew this- the series has been made in association with Blumhouse Productions, the makers of seminal and stunning horror franchises such as Paranormal Activity, The Purge, Insidious, Ouija, the Oscar-winning Get Out and HBO’s Sharp Objects. Phantom Films, the makers of Sacred Games, and Ivanhoe are the other co-producers.

Nida Rahim (Radhika Apte) is a newly minted military interrogator who is appointed to the detention centre on her first assignment. A creepy terrorist is brought in to interrogate, and it soon becomes apparent that something is clearly not right with the unhinged prisoner. The interrogation quickly curdles into something far more demonic than Nida bargained for and she’s forced to fight back.

The visuals in the trailer are infinitely disturbing. But it is the final visual that is truly horrifying. It’ll keep playing again and again in your mind’s eye. So beware! We’ve been warned of the mayhem to follow.

India is the Holy Grail for the Netflixes and Amazon Primes of the world– a crucial market for streaming, with its teeming millions and mobile-internet boom. Netflix aims to grab maximum eyeballs in India, with its primary weapon- awesome content, and it is on a warpath to achieve success. It’s interesting repertoire of Indian Originals is pushing the envelope, redefining boundaries and testing limits like never before. Sacred Games has made a noticeable impact this past week, turning that particular genre on its head. Ghoul is set to advance Netflix’s heft in India significantly. The intriguing trailer has stoked viewer interest in a way that no other horror flick trailer has done before. It holds a hell of a scary promise.

The three-part series releases in 190 countries worldwide, on 24 August.