Drive the Netflix film is surely one much-anticipated watch and the new song of it has already got us swaying. Ever since Dharma Productions announced its high octane Netflix movie, Drive, with Sushant Singh Rajput and Jacqueline Fernandez in the lead, audiences have been greedily waiting for its release.

To whet their appetites, the makers have just released a groovy dance number from the movie on YouTube. It is called Karma and it features a sizzling hot Jacqueline Fernandez matching steps with the peppy beat.

Jacqueline looks ravishing in a shimmery gold outfit, even as she carries off the sexy and sophisticated dance moves with the skill of a confident dancer.

Karma leans heavily towards Jazz and it has us involuntarily tapping our feet to the music.

Jacqueline Fernandez announced the release of the number on her Instagram, captioning it with the line, “Keep me where the Jazz is”.

The song’s music is by Amartya Bobo Rahut, Siddhant Kaushal has written its lyrics, while Sukriti Kakar has given the sensuous vocals. Everything you need to know about Sushant Singh Rajput's Dil Bechara 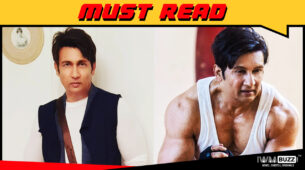 This is not a fight just for Sushant, it is a fight against a system that suppresses real genuine talent: Shekhar Suman Sushant Singh Rajput Planned To Do Theater With Annu Kapoor