Producer Tanveer Bookwala talks about his web-series, The Great Dysfunctional Family that streams from today on ALTBalaji. Get to know of his journey and his ideas for the future too. Tanveer Bookwala, the talented Creator and Writer has had oodles of experience, working for the films of Balaji Motion Pictures. A journey that started as an intern in Balaji Telefilms, Tanveer has gone on to be part of the big Balaji family for years, post which he has started his own production house DING Entertainment.

DING’s web-series, The Great Dysfunctional Family, will stream on ALTBalaji from today, and we at IWMBuzz.com have the man in an exclusive conversation wherein he talks about the series, his career and his future ideas relating to creative ideas.

Tell us about the concept of The Great Indian Dysfunctional Family?

Family love is messy, clinging, and of an annoying and repetitive pattern… like a bad wallpaper. It is screwed-up and complicated dynamic that all of us can relate to. It is the laughing, crying, and cringing rancour and strife. This is a story of one such family – TheRanauts. Our story begins when Smaar Ranaut (Barun Sobti) and Sonali (Eisha Chopra) return home to Kannuri after 8 years. On the face of it, they seem like any other family, dealing with everyday issues. But there is a layer of simmering darkness under their quirks. And as the layers, peel, you’ll see the façade crumble.

To which genre will you classify this series?

The Great Indian Dysfunctional Family definitely isn’t your conventional comedy. In fact,almost nothing about this series is conventional. I would call it a dramedy. It’s messy, it’s got some scenes that are hard to swallow and it is also going to make you laugh your ass off.

As Producer, what were the challenges in dealing with this concept?

A show like this is hard to write and equally hard to cast. And if either of the two departments go off, this show can collapse. We also needed a Director who would understand the layers in each scene and bring the correct balance of humor and drama, without it being over the top, melodramatic or unbelievable. You have to be able to look at this show and say, hey, that’s kind of like my family. I was fortunate enough to be able to put it all together.

You have a brilliant star cast. How did that happen?

If I’m to be honest, I thought that would be the hardest part. Like I said, if the casting went wrong, it would be game over. I must be one of the only producers, (and a lucky one at that) who managed to get his first choice on all the parts. Kay Kay and Barun agreed to the show after I narrated the story to them, literally immediately. Swaroop Ma’am was immensely sceptical about shooting a web-series, but I’d like to believe I wore her down with my persistence (laughs). She thought it would be easier to do it, than have me hound her. Eisha, was a natural choice. Sonali, is a natural extension of her personality and has co-written the story with me, so it was a no brainer. My wife saw Shriswara in a short film, Teaspoon, and we were sold. Abhishek and Anmol (Casting Bay) brought us all the other amazing actors like Sanaya, Prithviraj, Amarjeet Singh and Vartika. And of course, full credit to ALTBalaji and Ekta, for the immense faith and conviction in our casting choices.

How would you best describe this sibling war between Barun and Kay Kay’s characters?

Like any other siblings, Vikram and Samar have their issues. But as the show unfolds, their troubles read like a greatest-hits compilation of deceit and despair. There is a strained, passive-aggressive rapport between the two that seems to thrive off Vikram’s cantankerousness nature.

Tell us about the dynamics that every character has in the series?

Vikram needs Geeta to tolerate his petulant antics just as Sonali relies on Samar’s love to reaffirm her role as the emotional anchor of their twosome. Then there is PL (Prem Lata/Swaroop Sampat) who regularly issues extreme-yet-cartoonish threats to keep the family functioning. Aditi (Sanaya) And Mridul (Prithviraj) don’t exactly have most enviable parent-child relationships and are on their own paths of self-discovery. The Great Indian Dysfunctional Family is the modern-day template for the co-dependent screwball relationships.

You have had a vast career in the creative line. Tell us about your achievements?

How is working on a movie different from work on web space?

The producing dynamics remain the same. With movies of course, there are bigger budgets, bigger stars and more resources at your disposal. But as the business evolves and the markets change, the digital shows are also catching up, both in scale and size. The positive for web though, is that radical ideas that would have never found a home on the big screen or television, now have a dedicated personalised audience. So honestly, I would think, the web is also creatively more satisfying, for now.

Do you feel satisfied as a writer or as Producer? Which is your first love?

I enjoy writing. I really do. In fact, I don’t get enough time to do it. I love writing in any form. Be it a film, a show, a book, a blog, whatever. Producing my own ideas is a whole new thrill altogether. It is honestly why I started DING. To be able to have the opportunity to tell the ideas that are itching to burst out of me. At DING, we develop all ideas in house. We are one of the few companies that don’t seek scripts. And we pride ourselves in the uniqueness of our ideas. So, Writer or Producer – I’d say being a creator is my one and only love. And that is all encompassing.

You have had a long-standing work association with Ekta Kapoor? How has it evolved over the years?

I owe a huge part of my career to Ekta. She has given me endless opportunities, continues to do so and has literally put her money where her mouth is. I started as an intern at Balaji. I left as Chief Creative Office, for Motion Pictures. That should say it all. Of course, over the years we’ve also become friends. And like any long standing relationship, we do have our shares of ups and down. We do have our difference of opinions and points of view. But it is all in the spirit of creativity. And at the end of the day, we make up over dessert. We are like a Dysfunctional Family of two.

How is it to stream Dysfunctional on ALTBalaji?

It streams today on the 10 October and will be available across a multitude of devices for smooth uninterrupted viewing. It feels great.

You have been part of many other web-series. Tell us about it.

We’ve got a packed Digital slate across genres. Our first show, Boygiri, a comedy, found a niche audience. We get fan mail and Season 2 requests till this date. TGIDF, a dramedy, is streaming from today. Then we have a show with Applause Entertainment, that will be our next release. Post which, we begin shooting, Asura, for VOOT, next month, which is a thriller.

What are plans for the future? What are the concepts you are working on?

We have 4 more shows across a variety of OTT platforms, which we will announce soon. We also have 4 very ambitious shows in development, that we are finding suitable alliances for.

Any big screen commitments as of now?

We are developing a unique horror movie, that is part Police-procedural, part supernatural drama that investigates the mysterious deaths of 11 members of a deeply religious New Delhi family, in a mystical suicide ritual. It is based on a True Story. That will be our first film and will take off sometime mid-next year. 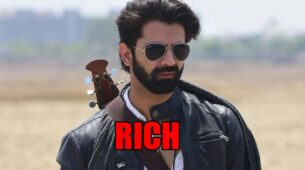