In yet another pioneering initiative, SonyLIV’s Play Along has garnered a landmark 596 million interactions for the 10th season of the reality show. The user engagement initiative has registered 8.2 million users with total time spent of over 47 million hours. Tapping almost 360 million smart-phone users, KBC Play Along was SonyLIV’s effort to bring the audience closer to its most favourite reality show, within the comfort of their homes.

If the consumption patterns are to go by, Play Along got a thumbs up from the audience right from day one of the show hosted by Mr. Amitabh Bachchan. Given the proliferation of internet users amongst youth, almost 76.7% players who glued onto the feature were between 18-40 years, primarily the millennials. However, the momentum wasn’t confined to the urban netizens only. KBC Play Along saw phenomenal response across the country within the Hindi belt – Delhi, Uttar Pradesh, Uttarakhand, Bihar, Jharkhand, Madhya Pradesh, Chhattisgarh, Rajasthan, Haryana and Himachal Pradesh accounting for 54.5% of the players.

Much like FIFA 2018, SonyLIV continued to bust myths about digital engagement with Play Along which fetched as high as 69.8% participation from beyond 6 metros along with a remarkable rise in female viewership. KBC Play Along not only spiked SonyLIV subscriptions notches higher but also increased KBC led app downloads by 7.3 million. 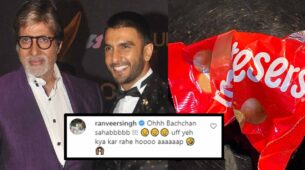 How did Amitabh and Abhishek Bachchan get Coronavirus?