Chopsticks: Why you should be binge watching it this weekend | IWMBuzz
Subscribe Now
Digital | Snippets

Watch what happens when Mithila's character loses her car and teams up with a con-man to search for it, and shit just 'goats' real. Mithila Palkar is one of the youngest and finest actors in tinsel town right at this moment. The ‘Little Things’ actress has been winning our hearts since a long time now with her amazing performances and admirable acting chops at such a young age. Her innocence has melted our hearts and with her new Netflix movie ‘Chopsticks’ we have fallen for her even more.

This movie is sure to make your weekends even more enjoyable and binge watching it while sipping cup of coffee and eating in bed is all anyone could ask for. It’s one of those light-hearted and easy breezy stories that has some of the best performances from the lead actors and dialogues which can win you over in an instance.

Chopsticks is all about Nirma (Mithila) losing her brand new car who then launches frantically for finding it by teaming up with a conman artist named (Abhay Deol) which eventually is discovered to be in the possession of a goat-loving gangster, whose role is played by Vijay Raaz. The whole movie is attached with some hilarious moments which will enliven any situation and we think it is the amazing timing and situational comedy that has elevated the movie on another level.

Chopsticks is one of those sweet and simply stories that ends up winning you over, just because! And Mithila Palkar has done it again with her acting skills and emoting prowess, and this time she had a little help from the veteran Abhay Deol, who brought a whole new level of expertise and ease to the film.

It is definitely one of a kind movie on Netflix and an absolute must watch for everybody out there, especially if you are in a stay-at-home mood today. Shreya Gupto Or Mithila Palkar: Who Looks The Hottest In Crop Tops? 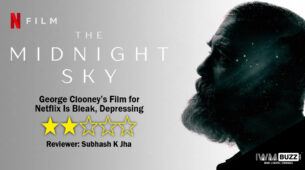