Check out some of the toughest scenes from Sacred Games No matter where you go, you will find at least one Sacred Games fan at every corner of the world! But with that, it is also evident that the series has been one of the best riddles for us to solve too. The link and loops between the episodes and encounters have been super confusing and grand. So today, we are up with some of the toughest of those scenes, we have lined up the glimpses of dialogues down beneath. But before that, here is a summed-up summary of the series.

Sacred Games, a spine-chiller web series, channeled out by Netflix is a super dramatic web series based on religions, destructions and fate. The series featured, Saif Ali Khan, Nawazuddin Siddiqui, Pankaj Tripathi, as to be the leads in the series. The series revolves around the prime encounter between Sartaj Singh and Ganesh Gaitonde over a phone call, and the viewers get a vivid idea from that encounter, as a whole. Both the seasons have been super engaging to watch, and a hit! And if you are yet to watch, make sure you do that immediately!

Here are the glimpses! 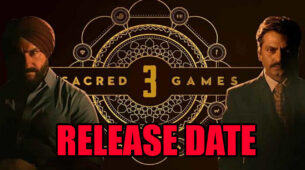