Anushka’s career has primarily been one which has had its highs and lows just like anyone else but the most striking feature is that she has been a part of very few controversies, a rare feat in itself for a public figure.

But once, there was a controversy which kind of rubbed her the wrong way and she wasn’t at all impressed with what was said about her. So what was the matter?

During a conversation with anchor Suma, comedian-actor Ali compared the actress with a ‘hot jalebi’ and implied that everyone is fascinated by her.
‘Anushka looks like a hot Jalebi who everybody likes to eat.’.

He further added and we quote,

“Anushka has really remarkable thighs. Ever since I saw her in Billa (where Anushka appeared in a bikini), I became her fan.”

These sexist remarks didn’t go down well with Anushka and her fans and he was thoroughly criticized for the same.

Readers, what do you all have to say on this controversy? REVEALED! Anushka Shetty Personal Life, Biography And Net Worth In 2020 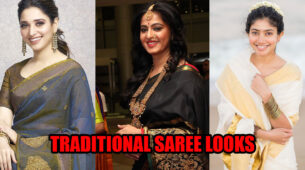