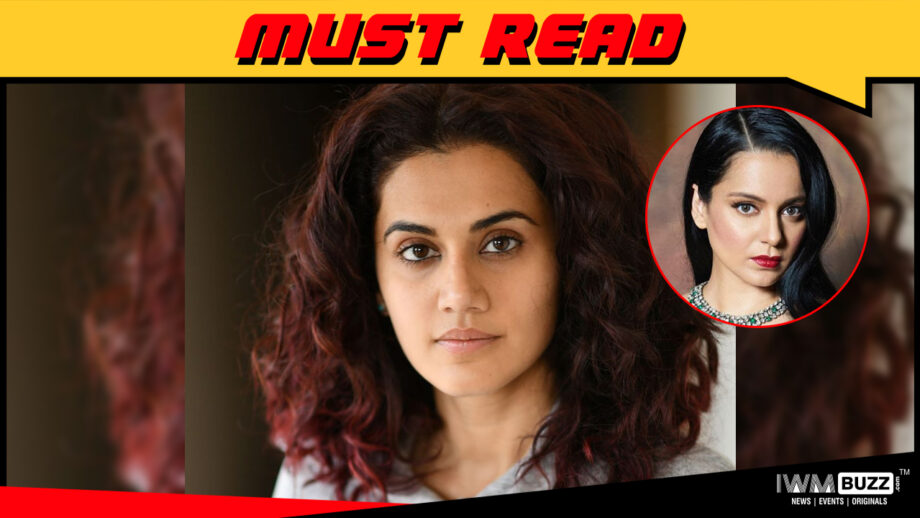 Kangana Ranaut thinks you are gung-ho about Karan Johar in the hope of getting roles from him?

I don’t have any film of mine which is produced by any of these gangs she keeps targeting. I never mentioned anywhere I like Karan Johar or anyone she alleges, but I have never said I hate them either.

Maybe the fact that you don’t hate Karan bothers Kangana?

So the fact that I don’t hate someone she hates, is equivalent to concluding that I like that person and I suck up to that person? I don’t even know him beyond formal hi hellos and thank yous. How is this even logical?

I have been doing at least four films per year during the last three years and I have five forthcoming projects right now. Who says I don’t get enough work? I decided to keep my career graph slow and steady and that’s exactly how it’s been going.

She thinks you are sucking up to Johar in the hope of getting offers?

When none of my past films are produced by any of that so-called mafia she keeps mentioning nor any of my future films are from them how is my professional existence dependent on nepotism? Or undermining someone’s genuine achievements by crediting wrong sources and then mocking it is how you prove that you are a truly successful outsider?

Doesn’t her endless tirade anger you?

I refuse to be bitter. I refuse to take advantage of someone’s death for personal vendetta and I refuse to make a mockery out of the industry that gives me bread butter and my identity. I have had my share of struggles and just because I don’t glorify them and deal with them with a positive outlook doesn’t make me any less of the ‘outsider’.

Have you never been treated unfairly by producers for being an outsider?

Yes. I’ve been dropped out of films and replaced with star-kids. But the fact that she and her sister try to discredit me and my hard work, call me names, put wrong allegations on me is actually an equal level of harassment, if not more.

Interestingly, you have a sister who stays completely out of the industry?

Yes. All this mocking because I refuse to sing he r(Kangana’s) tune and because I refuse to see her as the flag bearer for outsiders. Sorry, we outsiders all are not bitter people. We all have had good and bad experiences. But a lot of us outsiders in the film industry refuse to let negativity drive us. It’s our positivity hope and the ability to make lemonade out of the lemons thrown at us that has gotten us to where we are.

You don’t sound bitter or angry or retaliatory?

I am not going to give in to this negativity and hatred because this limits my growth as a human being. She (Kangana) has the right to have an opinion and so do I. Just because my opinion doesn’t match hers doesn’t make me inferior.

Also Read:I don’t like to talk about my personal life: Tapsee Pannu