IWMBuzz gives you a list of celebrities launched by Salman Khan 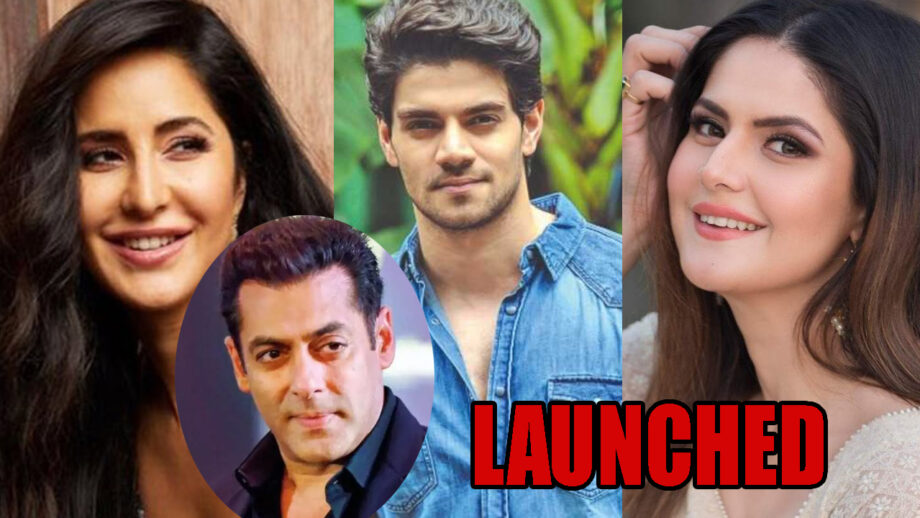 If Bollywood can be considered as a kingdom, Salman Khan is literally the undisputed king of that kingdom. A magnanimous superstar himself, Salman Khan has always had the eye of identifying talent before anyone else and grooming them for the betterment of their career. In his career, Bollywood’s beloved Bhai has mentored and launched several new faces. Now that the debate around nepotism is stronger than ever post Sushant Singh Rajput’s untimely and unfortunate demise, here we bring to you a list of celebrities who have been launched by Salman Khan. Check out below –

i) Sneha Ullal – Remember Aishwarya Rai Bachchan’s look-alike from Lucky: No Time For Love? Well, she was quite a discovery. She remained the talk of the town for quite a while, more for being Aishwarya Rai’s doppelganger than for her performance. But we don’t blame her for that.

iii) Katrina Kaif – Perhaps Salman Khan’s best discovery in the industry till today, Katrina is easily the biggest superstar among all the names which Bhai launched under his mentoring.

iv) Sooraj Pancholi – Salman Khan’s close friendship with Aditya Pancholi certainly managed to do a whole world of good for Sooraj Pancholi as he has blessed with a big Bollywood debut alongside Athiya Shetty in Hero.

v) Athiya Shetty – Once again, it’s the close bonding and friendship between Salman Khan and Suniel Shetty that did half of the work for Athiya Shetty. The result was Bhai’s blessing as a lead for his home production Hero alongside Sooraj Pancholi.

vi) Zaheer Iqbal – Salman Khan and Zaheer Iqbal’s father have been friends for the longest time and Salman knows his ‘Zahero’ since he was a baby. However, he has grown up to be a handsome man right and when Salman Khan saw Zaheer dancing his heart out at a wedding, he felt Zaheer will make a good male hero. The result was a debut in the form of Notebook. Although the movie bombed at the box office, Zaheer was praised by the critics.

vii) Pranutan Bahl- Salman Khan and Mohnish Bahl have been great friends for a long time and both have worked in many movies together. The result was a grown-up and beautiful Pranutan being blessed with her big Bollywood debut in Salman Khan’s home production ‘Notebook’. The movie didn’t do well at the box office but Pranutan won a lot of love for her debut performance.

viii) Aayush Sharma – Salman Khan’s own brother-in-law had to wait for a long time himself for his grand launch. However, that happened soon in 2018 with Loveyatri. The movie didn’t do well at the box office. Henceforth, buzz is that Aayush is getting another go in the movies soon with Katrina Kaif’s sister, Isabella Kaif.

ix) Waruna Hussain – One of the few names to be blessed with a movie debut by Salman Khan without even being closely related to him is Warina Hussain. She made her debut opposite Aayush in Loveyatri and ever since then, she hasn’t been seen much. However, she showed great potential and has it in her to make it big in the industry.