These prom dresses look by these Hollywood stars are going to make your money worth! Kim Kardashian has been a great fashion sensation in the industry. Most of the time she is spotted with a tight dress, oversized tee, or in a bikini. She has been an amazing fashion influencer over worldwide. But apart from her tight dresses, she has also been seen in prom dresses many times in red carpets and other occasions. She was once seen in a black cape prom dress by Liz And Liz, with Kanye West. Other times she was seen in a blue dress, during the Met Gala 2014 Met Gala red carpet ceremony.

Whereas, Jennifer Aniston has been quite famous for her unique styling, since the days of F.R.I.E.N.D.S. (1994). Well, once her picture went viral in her prom dress, on the internet even before she became famous. But that was not the only time she was seen in a prom dress. She was seen slaying many red carpets, in the prom dresses.

On the other hand, Angelina Jolie has been a fashionista since the days of 90s. She looked super gorgeous in the Liz And Liz’s green shiny glitter prom dress with pearl balls on it, in the red carpet of Golden Globe Awards. In the Oscars 2014, she was seen in a stunning white V-neck prom dress.

But Sofia Vergara too has been the centre of attraction of every red carpet she walks in. She has been seen in the prom dresses, a couple of times. Once she walked the Golden Globe Awards red carpet in a beautiful green prom dress.
It’s a really tough job to decide who is the best among the four. Who inspired you? 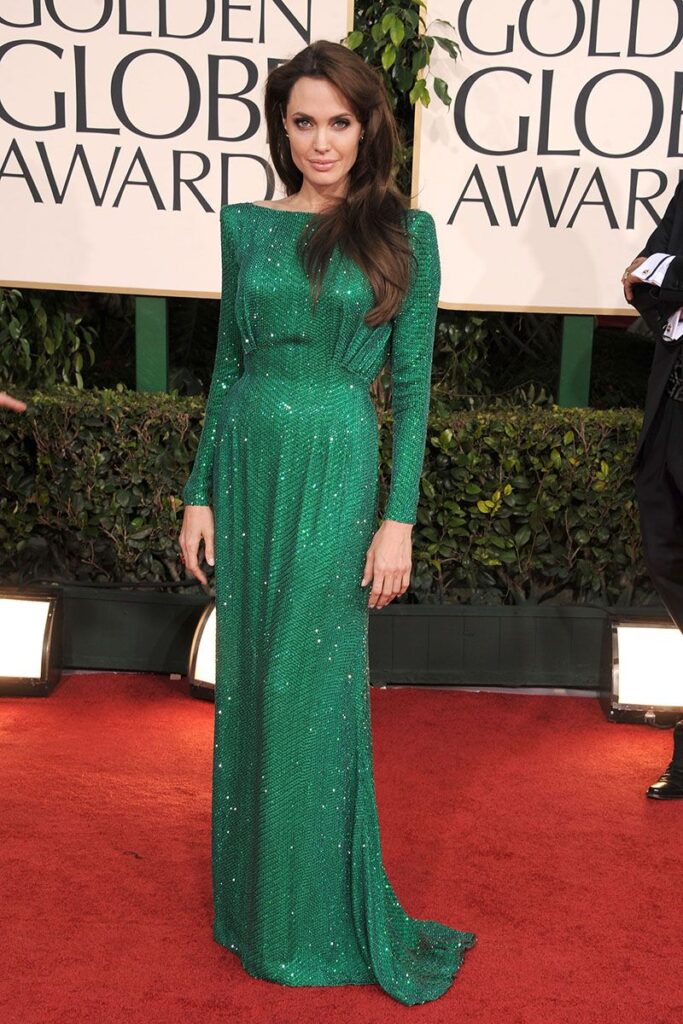