It’s been some time that the star couple of Bollywood, Ranbir Kapoor and Alia Bhatt have been dating and have found company and solace in each other. What’s worked for the couple is how the Kapoor family has accepted Alia already. Alia has stood with them like a pillar as an ‘Adarsh Bahu’ and even when Rishi Kapoor was alive and used to be in U.S.A for treatment, Alia spent a considerable amount of time with the Kapoor family as moral support.

Alia who made her debut in Student Of The Year in 2012 has maintained the fact from the very beginning that she was smitten by Ranbir’s charm always. And not many would have certainly predicted that both would actually end up dating. But God and destiny had similar plans which brought them together and today they are a happy couple. One must praise Alia for constantly being there with Ranbir at the time of crisis. On the day of Rishi Kapoor’s death when things weren’t in control, Alia took the onus upon herself to be there for the Kapoor family. From visiting the hospital frequently to staying with Ranbir and Neetu till the very end. Be it the last rites or the ashes ceremony, she was in all of it thereby risking herself in this critical time of COVID-19.

At a time like this when nothing was going in Ranbir’s favour, Alia has certainly shown her loyalty to her fullest potential by being there with him at his worst. Kudos to Alia for being such a sweetheart and may God bless the lovely couple going forward. For more updates, stay tuned to IWMBuzz.com

Also Read: Revealed: The reason why Ranbir Kapoor is not staying with mother Neetu Kapoor after Rishi Kapoor’s death 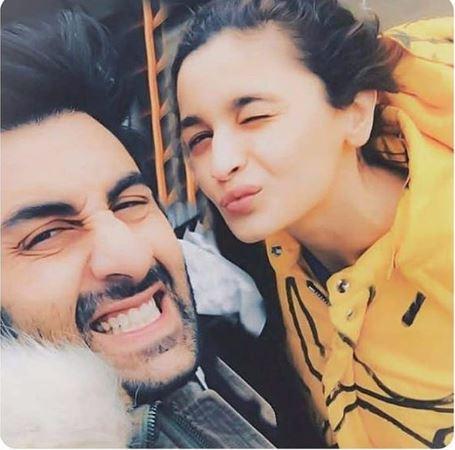