When it comes to the Indian film fraternity, Rajinikanth, Salman Khan and Akshay Kumar are three of the biggest names to have ever been a part of the industry and all three of them individually command a great deal of fan following. If individually itself, their craze and fandom is so much, one can only wonder what would happen if they come in the same platform together. But hey hang on, do we need to wait any longer or has it already happened?

Well, you all fans of ‘Bhaijaan’ will be very glad to know that it has already happened and to surprise you all even more, we reveal to you that it happened on an occasion where Salman Khan gatecrashed at the event and was not ‘invited’ to the occasion. You all must be wondering where?

Quite an interesting story ain’t it readers? For more updates, stay tuned to IWMBuzz.com 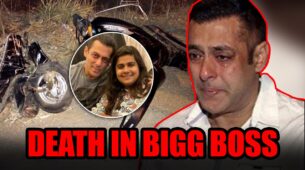