Check out a couple of facts that you were unaware of the two Hollywood stars, Selena Gomez and Timothée Chalamet! 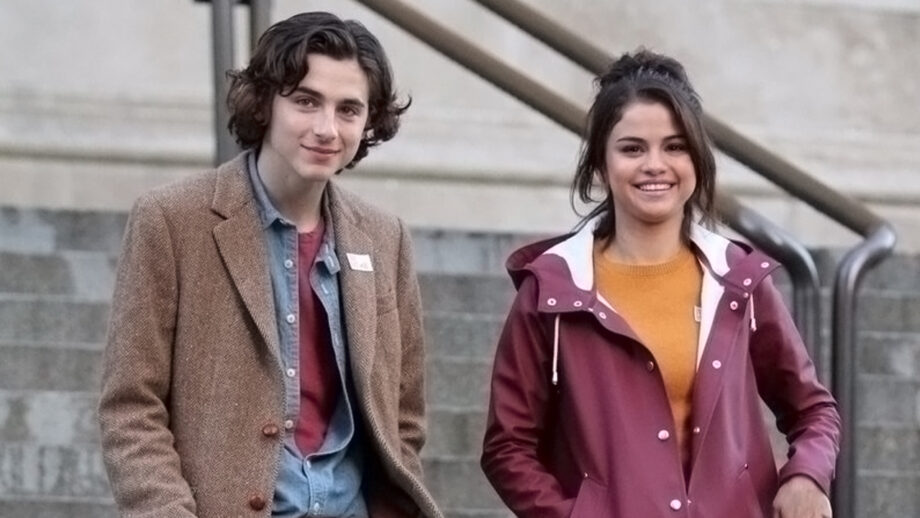 Recently, the Selena Gomez and Timothée Chalamet dating controversy popped up all of a sudden, when the fans saw them kissing in Woody Allen’s ‘A Rainy Day in New York’ movie. The movie got released last year in 2019 and grabbed everyone’s attention on them. Selena Gomez, the American pop singer, and actress shared the screen for the first time with the ‘Call Me By Your Name’ (2017) American actor, Timothée Chalamet. Selena has been stuck in many controversies before with her ex-boyfriends like Justin Bieber and The Weekend. But, when recently the news of Chalamet’s breakup with Johnny Depp’s daughter Lily-Rose Depp came up, the rumor took a new wave.

Everyone went crazy when they saw the two actors kissing each other in a scene from the movie ‘A Rainy in New York’. There are few facts about Selena Gomez and Timothée Chalamet other than the dating rumor that you probably don’t know. Twitter was flooded with TikTok videos and pictures when a photo of them was released before the launch of the movie, where they were seen kissing. They had a lot of kissing scenes too, for which they were caught doing PDA a lot of times during the shoot.

There is another fact which many are unaware of. The director of the movie, Woody Allen faced a backslash when his adoptive daughter, Dylan accused him of child sexual abuse. Both the stars apologized for working with him. Chalamet even donated his earnings to a charity. As per several reports, both Selena Gomez and Timothée Chalamet were also called “silly” by the director for denouncing him.

Also read: 10 Selena Gomez’s Sexy Gowns That You Need To Hang In Your Wardrobe This Season!