When Sonakshi Sinha and Co launched the trailer of ‘Khandaani Shafakhana’, a lot was expected from it as it was assumed to be an effective medium to promote the importance of sex education. However, Khandaani Shafakhana ends up being one of those many movies where the message is extremely strong and essential but the story chosen to disseminate the message is nothing more than just average and far from realistic possibilities.

The story starts with portraying the financial troubles harbouring in Baby Bedi, aka Sonakshi Sinha’s family. Baby Bedi has aspirations and wants to complete them but money being a drawback, it stops her from chasing her dreams. Then one fine day, after her dear Mamaji aka Kulbhushan Kharbandha, who runs a sexual clinic that has cured innumerable people and their sexual problems, passes away, Baby Bedi and family find out that as per Mamaji’s will, the entire Khandaani Shafakhana has been bequeathed to Baby Bedi and she can sell the whole property whenever she wishes to. But there’s a twist in the tale here. Baby Bedi can sell the Khandaani Shafakhana only after running it successfully for 6 months. This one line sends shivers down the spine of her Indian sanskari mother for whom, ‘maan, maryada and izzat’ is the only important thing to live for and money can go down the drain but self-respect can’t.

Baby Bedi, however, decides that the Khandaani Shafakhana is the way through which she can realize her aspirations and hence in order to sell it, if she has to run it for 6 months, then so be it. Her lawyer, ably played by Annu Kapoor, adds his bit of comical element into the mode. However, eventually the ‘maan, maryada and izzat’ factor of the high profile society of Hoshiarpur, who apparently haven’t even heard the word ‘sex’ ever in their life (because apparently they came to Earth directly via flight from God’s airport), gets the better of a free-spirited aspiring Baby Bedi and her family. And it is due to this societal melodrama of ‘sex’ being a matter of ‘hush hush’ that Baby Bedi is forced to contemplate shutting down the shafakhana.

However, her never-give-up attitude rekindles the fire inside her and she decides to take on the world all by herself by doing her bit to change Hoshiarpur’s mindset towards sex as a ‘taboo’. So she starts using her clients or patients and urges them to openly talk about their sexual disorders and let people know so that even they are apprised about the clinic and can come to get themselves treated at the clinic, thereby, slowly and steadily, converting it into a ‘norm’. From low-profile poor strugglers in life who can only offer a bottle of ‘ghee’ as treatment fees, to a celebrity singer ‘Gabru Ghatak’ aka Badshah who offers her riches to solve his erectile dysfunction problem and for that one and only ‘Mamaji ki jadooi dawai’, everyone is Baby Bedi’s client. So she decides to use all of them to good effect to influence people and create awareness about sex and the importance of sex education.

However, in her quest to achieve this feat, she ends up going to jail for apparently openly promoting obscenity (in reality just talking about the importance of healthy sex in public) and a court case gets registered against her for public indecency. However, the chain of events follow and things turn upside down at the courtroom where eventually, just to get a happy ending going, everything ends up falling into place and Baby Bedi is given a second life by the Indian judiciary who, for a change, passes its judgement in less than a month’s time (rare phenomenon in India, for sure).

IWMBuzz Verdict: The movie undoubtedly has a gripping storyline and it definitely tries its best to send the right message when it comes to explaining the difference between sex education and perversion to the general public. However, it’s the story that lets down, especially the first half, which is unnecessarily slower than probably a tortoise. The movie picks up pace only in the second half and eventually does manage to pass on the message that sex and sex education is important and sexual disorders aren’t something to be ashamed of. The performances are really nice. It was good to see Varun Sharma knock some sense into his comedy as in his last flick, ‘Arjun Patiala’, he didn’t actually do the same. However, it is Sonakshi Sinha who single-handedly holds the film in the second half and nails it in every emotional scene. The movie deserves all the appreciation for dealing with this subject bravely and openly without worrying about any ramification. But sadly enough, it did look like the emphasis was too much on the dissemination of the message rather than working on the loopholes of the story and that eventually ends up being detrimental to the interest of the movie. Watch it for the performances of Sonakshi, Varun and Annu Kapoor. However, don’t go in front of the 70mm silver screen expecting an amazing storyline as you might be dissapointed. However, full marks to attempt a subject like this, and especially when it comes from a woman director, Shilpi Dasgupta. 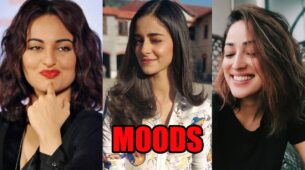