Subhash K Jha reviews the Netflix film Wounds and feels that is is all about building up a fright, but alas, with no explosion. 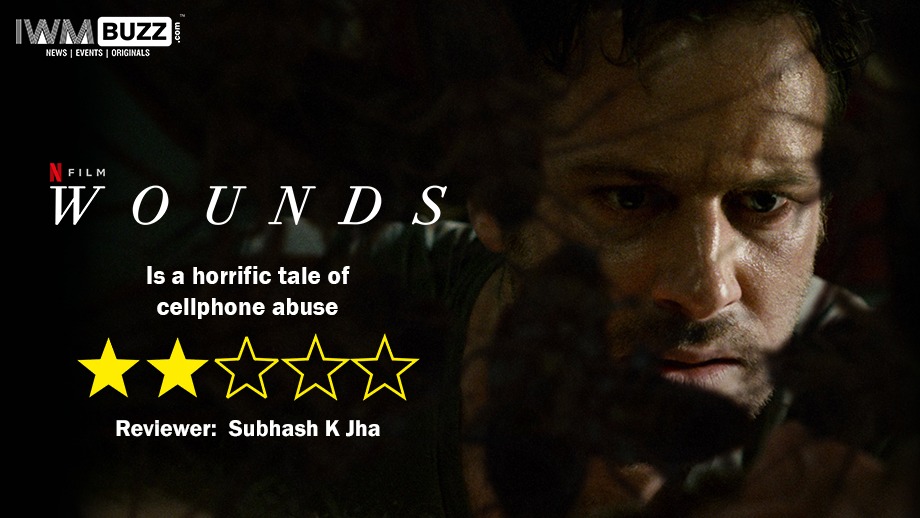 Cockroaches are not the only creepy creatures crawling all over the frames of this subversive horror drama that takes the genre by its shoulder and shakes it hard. The end results are less stirring than imagined.

Creepier than the insects is the sheer hollowness of the protagonist, played by one of my favourite contemporary American actors. Like every goodlooking artiste Armie Hammer wants to create a world of mortal repugnance and intrinsic ugliness around his physical self on screen. So we have this amoral bartender Will who flirts with a female customer when her boyfriend is not looking. And never mind if his pretty girlfriend (Dakota Johnson) waits for him at home.

Whatever happens from this point onwards seems like appropriate punishment for Hammer’s Will. The problem is, Will’s ordeal becomes unbearable for us the viewers, not because it is so scary (it is not) but because the scares come from a place of annoying ambiguity. Some cult rituals are fastened to a misplaced cellphone which Will brings home with catastrophic consequences on his life and relationship. Till the end we are clueless of what these satanic forces that invade Will’s life, are really about.

Most of the intended horror comes from the soundtrack which is built out of noises of collected sounds of torture and pain, nothing compared with what we feel while wading through the dark dungeon of despair that British Iranian director Babak Anvari constructs with care for details, but fails to find a way out of it.

There are moments of high tension that add up to nil at the end when the entire plot unravels like an awkwardly knit sweater. The gaping wound that the plot enters to ferret out some unusual scares finally proves to be an untrustworthy accomplice. Wounds is all about building up a fright but no explosion happens.