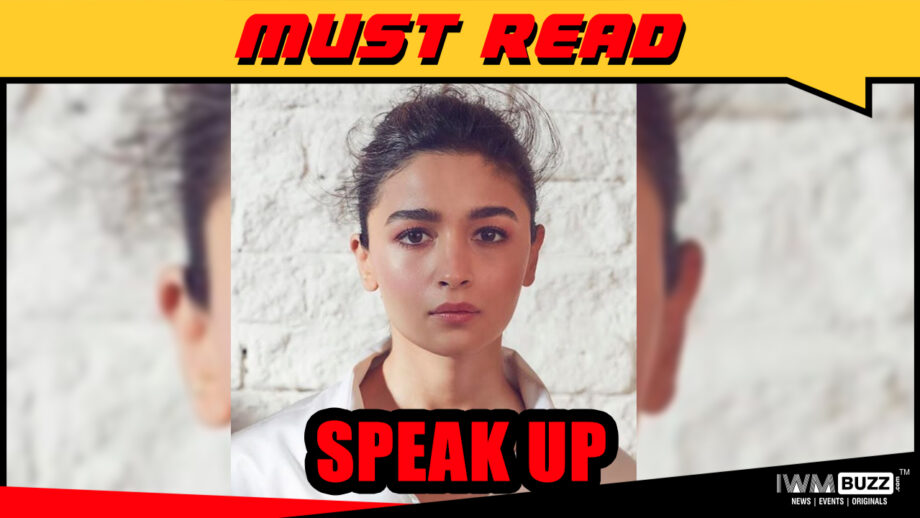 If there is one person in the whole anti-nepotism debate who is a victim, it is Alia Bhatt. Regardless of what is being said about her father Mahesh Bhatt in this murky matter, the fact remains that his daughter had nothing to do with Sushant Singh Rajput’s depression or death.

A source close to Alia tells me that these allegations of putting down Sushant belittling him and ganging up against him are just not applicable to her.

“Alia is not that kind of a person. She never talks ill of anyone. She has a band of friends who have been with her from before she entered the industry and they continue to be her anchor. Her Mom and sister are her world. And her Dad Mahesh Bhatt’s outspokenness has always been a problem for the family. Alia is never sure what he will say in public. She’s now hoping her father wouldn’t say anything that would make the situation worse for her,” says a source very close to Alia.

At this time of crisis Alia’s biggest support is her family and Ranbir Kapoor who stands silently with her, knowing she has done no wrong.

But Alia now needs to speak up in her defense. The more she keeps silent on the accusations hurled at her, the more she will be seen to be supporting Karan Johar’s brand nepotism. The time for Alia to defend herself is now.

However Alia, for reasons best known to her, has decided to keep completely quiet for now.

Be prepared for a more intense attack from the other side.

Also Read:White On White: How To Make Perfect Style Statement Like Alia Bhatt?