Subhash K Jha ticks off the five plus points in the Salman Khan film Dabangg 3. 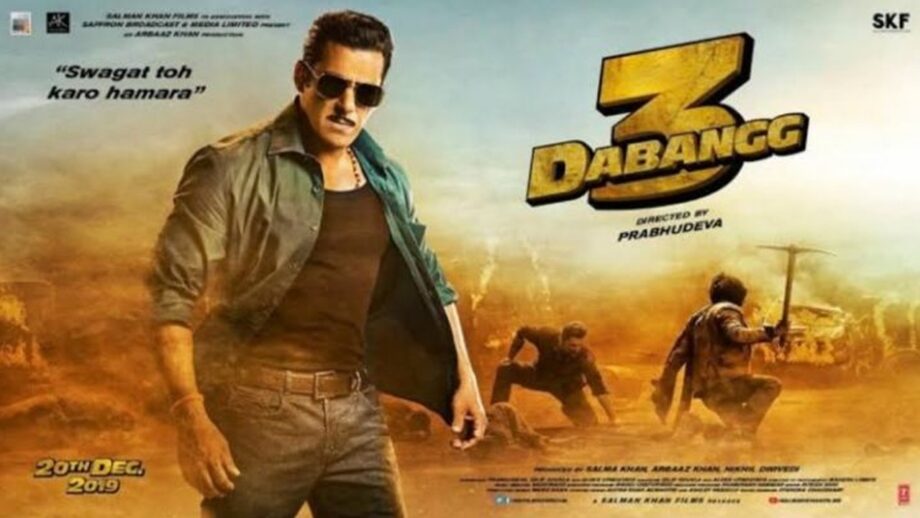 1. It’s directed by Prabhudheva and not the hero’s talentless brother who directed the second film in the franchise. Still, Part 3 is no patch on Part 1 (by the way what happened to its director Abhinav Kashyap?). But it’s better than Part 2. Which isn’t saying, much, really.What the faraq!

2. While the rest of the cast looks jaded and saturated, Saaee Manjrekar is a whiff of fresh unpolluted air, simper-free and unspoilt and not in awe of her superstar-hero. In comparison Sonakshi Sinha looks jaded and blasé. Despite their embarrassing age difference, Salman and Saaee look well-matched in a lengthy flashback featuring a photo-shopped Salman. Who says the camera doesn’t lie?

3. The villain Sudeep is an absolute screamstealer. Whenever he stomps across the screen the earth moves. Don’t know whether this is good or bad but Sudeep has a more imposing personality than Salman Khan who has begun to show signs of wear and tear. It’s time he stopped playing overgrown cartoon heroes. Bhai, Sultan, not Dabangg is the need of the hour.

4. The dance-off between Prabhudheva and SK is entertaining, not because they dance like Hrithik Roshan and Tiger Shroff in War. But because one dances, the other simply prances. No one tells Bhai what to do. Not even the director.

5. Dabangg 3 is everything that Salamaniacs expect it to be. But is that enough? The franchise doesn’t move forward even an inch from where it started 9 years ago. The only difference is that the first Dabanng starred Mahesh Manjrekar. The third film in the farce and furious franchise stars Mahesh’s daughter Saaee. I am confident Dabangg Part 8 will star Saaee’s daughter with the evergreen Salman. Koi Shaq!