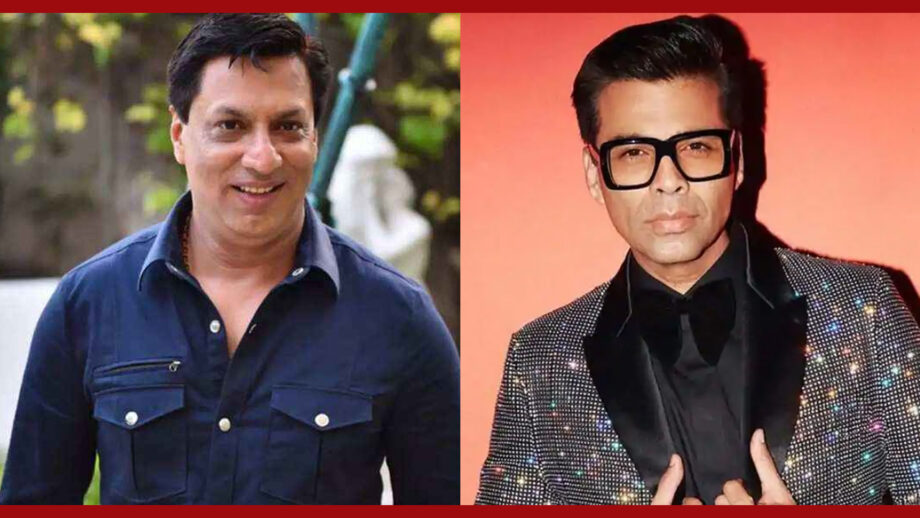 How far will Madhur Bhandarkar go to get back his precious title from Karan Johar? Quite far, it seems.Apparently Bhandarkar who claims his registered title Bollywood Wives has been appropriated by Karan Johar’s Dharma Productions for the Netflix series Fabulous Lives Of Bollywood Wives, won’t rest until he gets back his title…. lock stock and barrel.

To go back to the beginning of the story , when Karan Johar decided to produce a series on the lives of four Bollywood wives Neelam Kothari, Maheep Kapoor,Seema Khan and Bhavna Pandey , he quite naturally wanted to call it Bollywood Wives. But Madhur had that title. And he politely turned down Karan Johar’s request.

Johar then did what any sensible producer would do: he tweaked the title to The Fabulous Lives Of Bollywood Wives, just like Sanjay Leela Bhansali . When Bhansali couldn’t call his film Ram Leela he changed it at the last minute to Goliyon Ki Raas Leela Ram Leela.

And that was that. This time, though the matter doesn’t end there.And a close friend of Bhandarkar informs that the director who has not had much luck at the boxoffice in recent years, intends to take the matter to court.

“Unless there’s a settlement and both Karan and Madhur go home happy. In that case good publicity for Netflix’s Fabulous Lives Of Bollywood Wives which has so far generated almost no interest, and for Madhur Bhandarkar’s Bollywood Wives, whenever he makes a film by that title.

A source smirks and reveals that the whole thing is a publicity stunt. “In a day or two Bhandarkar will tweet that he has generously decided to let Karan Johar have the title.”

The Fabulous Lives Of Bollywood Wives is a remake of The Real Housewives If Beverly Hills.It is aimed at bored housewives who think star wives live in the lap of Luxury, whoever he or she may be.

Also Read:Scoop: The battle of the ‘wives’ between Madhur Bhandarkar and Karan Johar