Rajinikanth's young and handsome look in Darbar has given him the ever-young look post his de-ageing. 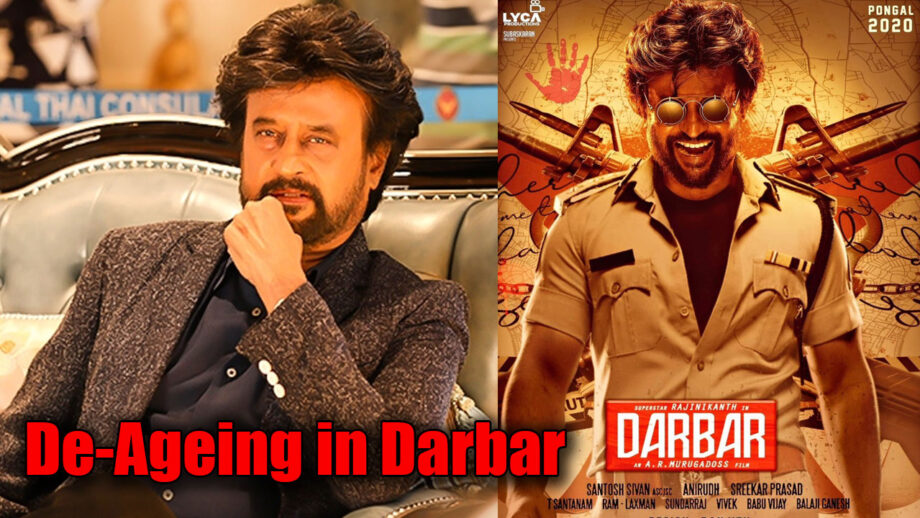 Thanks to Martin Scorsese, ageing cinema actors all over the world have discovered a unique way of looking young.

It’s a technique known as de-ageing. Scorcese in his latest film The Irishman used it to knock off 30-40 years from Robert de Niro, Joe Pesci and Al Pacino’s actual age. Scorsese admitted he had considered signing three other actors to play the younger versions of de Niro, Pesci and Pacino. Ultimately the de-ageing technique seemed more reliable.

Back home in Bollywood, we saw Salman Khan de-age by at least 20 years to romance debutante Saaee Manjrekar in the flashbacks of Dabangg 3.

And now it is the evergreen matinee idol Rajinikanth looking a trim-and-fit 45 when his actual age is 69 in Darbar.

Sources say the de-ageing process has been applied generously to Rajini.

Says Director Murugadoss, “We needed him to look young, trim and fit, more so than he has done in any of his recent films. We’ve done whatever it takes.” Superstar Rajinikanth's net worth will leave you SHOCKED FOREVER