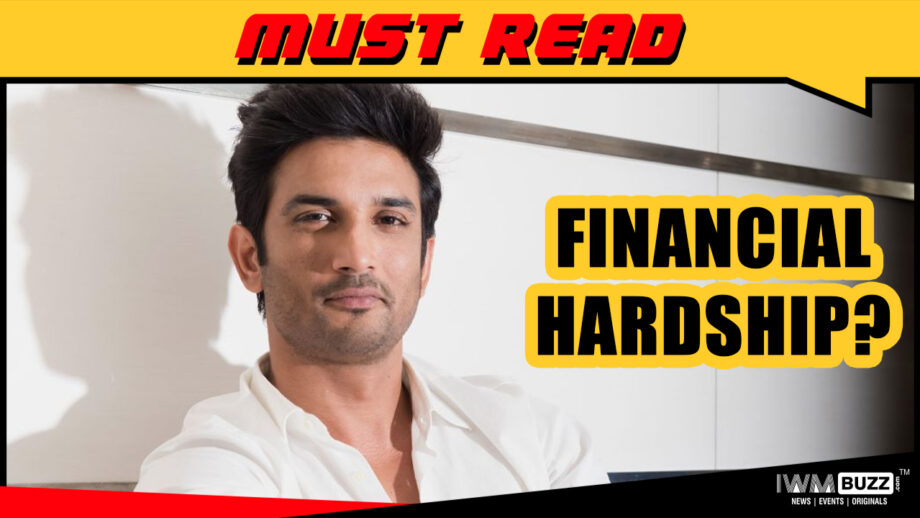 While I never saw Sushant Singh Rajput ever being stressed about money there is a strong rumour after his death that his plush home which he had rented lately was costing him a bomb to maintain. And apparently Sushant was unable to keep up with the payment.

If this is true, then I can only regret the fact that Sushant never bothered with money. He was the only actor I knew who didn’t hike his price after every success. In fact for the two Yash Raj films that he did Shuddh Desi Romance and Byomkesh Bakshi he got paid a pittance. And for the two years that he invested in Shekhar Kapur’s Paani (which never got made) Sushant had no income. Is Yash Raj listening?

When I brought up money and financial security with Sushant he said to me. “I can’t think in terms of mathematics when it comes to my work and that’s why I enjoy it so much.”

What he regretted was being ignored for awards for his sterling performances in Dhoni and Sonchiriya. “If I’m there to witness the awards I do feel slightly awkward when I don’t win. A bit of acknowledgment from your folks could be a nice feeling. Having said that I getting or not getting an award does not in any manner affect the way I go about my next project or my equation with my work. I always feel money flowing from irrelevance to relevance is a good thing. Whatever films I will do and people expecting would watch will strive for originality and entertainment value.”