A viral video shows a man resembling filmmaker Sudhir Mishra being physically assaulted by a cop for coming out on the street during the period of enforced quarantine.

While social-media users have jumped to the conclusion that the man in the video is indeed Sudhir Mishra, the fact is, they got the wrong man.

When contacted Sudhir Mishra said, “You have known me for close to thirty years. Do I look like the kind of guy who will take this (assault) quietly? Whoever the poor coward in the video is, it isn’t me. It can never be me.”

Mishra is currently putting the finishing touches on his first web series for Netflix.

Says Mishra excitedly, “I must say the experience of making a film for the digital market was challenging and interesting.”

For Sudhir Mishra, what makes a web-film as interesting as a feature for the big screen is the treatment. “Not for a minute was I required to cut down on my vision or budget. We shot The Serious Man just as we would have shot it for the big screen.”

Working with Nawazuddin Siddiquie was an interesting experience for Sudhir Mishra. “He plays a very interesting role of a man from underprivileged strata of society. I enjoyed working with him. We also have a very talented Malayalm actor Akshat and a promising actress Indira Tiwari.”

Sudhir is very happy with the outcome. “I am quite curious to see how I am accepted in this new format. The streaming platform is where the action is these days.The Serious Man will get a large audience automatically. I am waiting for Netflix to announce the release date.” 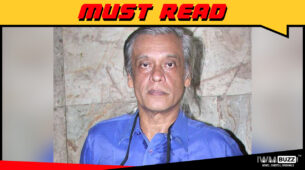