All the reasons to root for Arjun Kapoor and Malaika Arora After we have seen many couples come and go in the Bollywood film industry,  one of the only couples that have managed to continue being the hot topic for quite some time now is the couple of Arjun Kapoor and Malaika Arora. Both are them are well renowned actors in Bollywood and are widely known for their marvelous contributions to the film industry.

Arjun Kapoor comes from a family of artists who have contributed to the industry since decades and he is seen following their footsteps and killing it. Malaika has been here for quite some time and we have only seen her getting better as the years have gone by in terms of fashion, acting and her killer looks. She is a great model and has good knowledge on the fashion world. So much, that she was a mentor on the fashion reality show India’s Next Top Model.

In fact, both Arjun and Malaika are the only couple who have never been known to make mistakes when it comes to fashion. Both of them are also fitness freaks and we find that amazing. It only seems as a matter of time before they both got together. They truly are a delight to watch together. Whenever we see pictures of them at outings or getaways we can’t help but aww at the. It added to the dismay of some fans and followers when they first got to know about the couple. But then again, people only throw rocks at things that shine.

We hope to see Arjun and Malaika prospering in their private as well as professional lives. Stay tuned with us for more such updates on your favourite celebs. 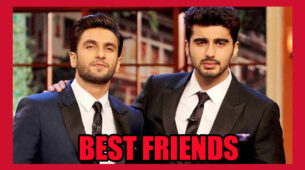