When Vijay Deverakonda set a new style statement in lungi and towel. Read the story for more details Vijay Deverakonda is an absolute rage in the southern part of the country. And much deservingly so for having been a part of a cult film like Arjun Reddy that won the hearts of the audience all around the country. With a long uncut beard, black round sunglasses and a cigarette in between his lips, Vijay set the frame on fire with that fierce and hot look in Arjun Reddy and no wonder, guys took inspiration from that swag to look as cool as Vijay.

But Vijay Deverakonda isn’t just about looking all swagger in western outfits. Wherever needed, he knows best how to promote his own South culture on a big platform and that’s exactly what he did with precision at the release event of his film ‘World Famous Lover’ in the city of Vizag.

Donning a purple lungi with prints all over it and wrapping his hair in a sky blue towel, Vijay set a new fashion trend which has never been seen before. This surprised and impressed not only his fans but also his co-actress Raashi Khanna who was also present at the event. Check out the photos here – 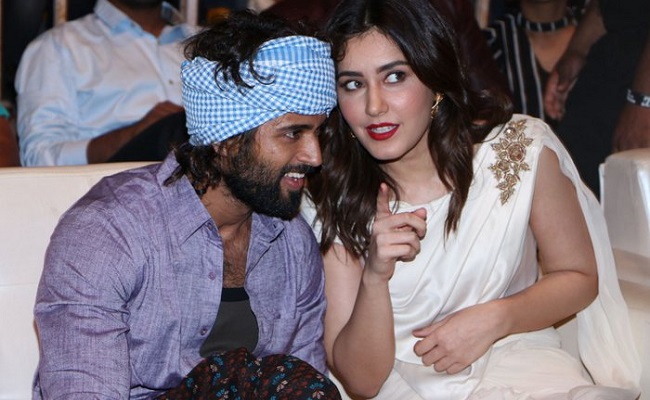 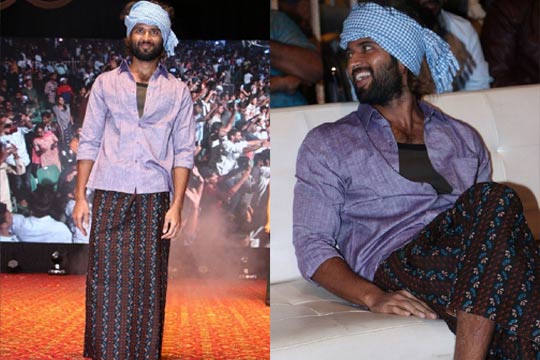 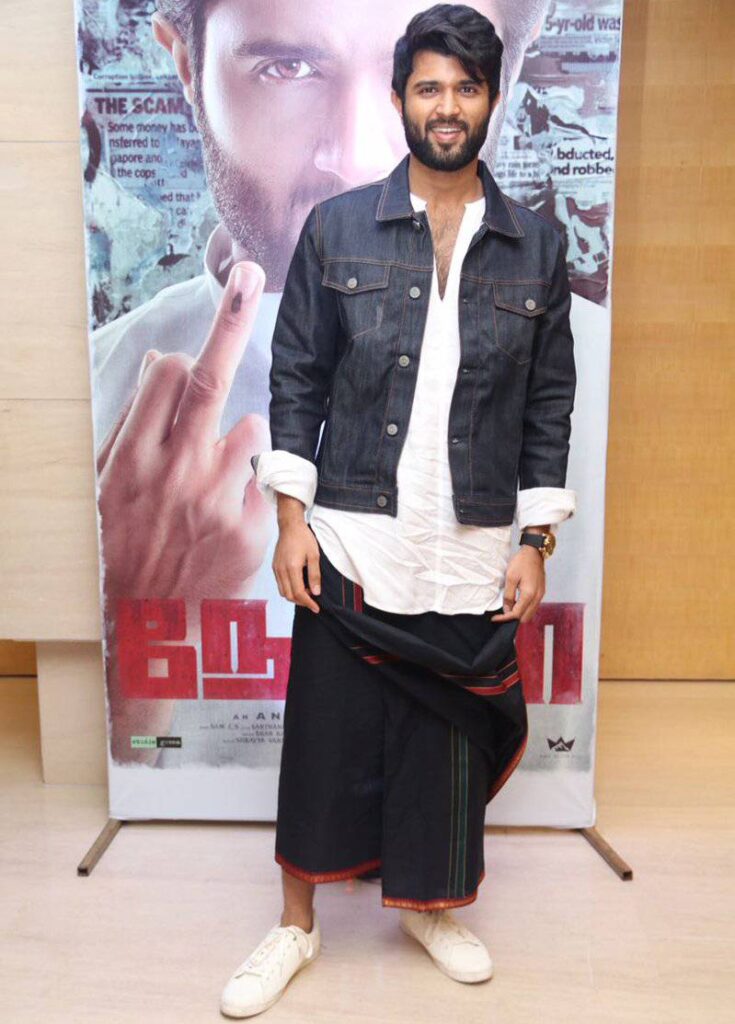