Blackpink OR BTS: Which Is The Most Popular K-pop Group? | IWMBuzz
Subscribe Now
Music | Celebrities

Which is the best K-pop group, Blackpink or BTS 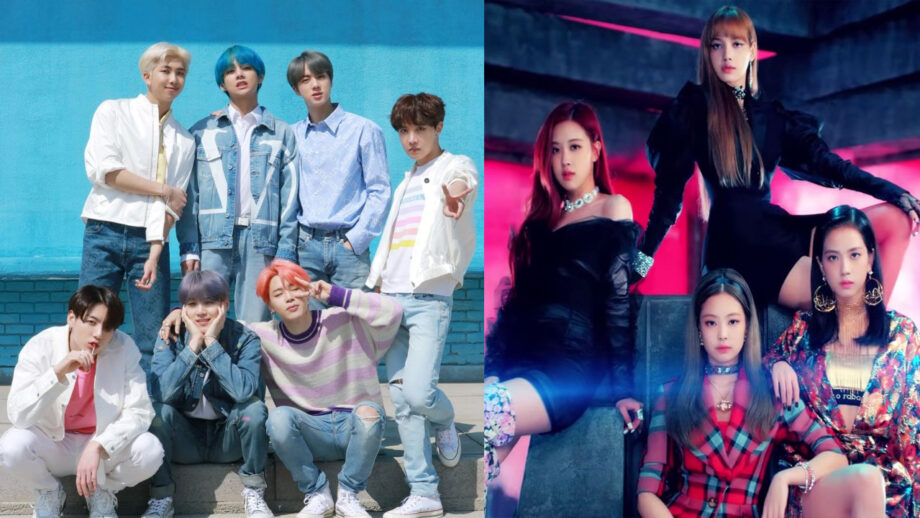 Even if you’ve never heard a single K-Pop track in your entire life, you all are aware of how K-pop is leading the music industry and how the genre is all over social media, especially on Twitter. If we search for any popular trending term and you’ll see at least a gajillion tweets linked to the subject matter of the K-Pop group. Two of the biggest outfits in the business are the girl group Blackpink and the Korean boy band BTS, and without any surprise, they have a tough fight between each other.

It’s seen that neither one of these musical groups are losing. They’re both selling out entire stadiums of their performances all over the world and everyone wants more and more of them. They are making millions upon millions of dollars since their fans can’t get enough of their mind-blowing performances. BTS was the first K-Pop group ever to present at the US Grammy awards and they put on a performance that knocked down every American singing star.

The all-female squad officially surpassed BTS’ “DNA” track with their “DDU-DU DDU-DU” last year, and many of their new releases are edging out BTS’ online, which would indicate that BP might be winning in the viewer’s war. Because BTS has slightly more of a following on social media, but Blackpink has got a significantly larger following on the video/YouTube platform ie. 51.3 million subscribers for BlackPink as opposed to BTS’ 38.6 million.

Considering this now, with the Music Bank nominations in, Blackpink’s “Lovesick Girls” has been put against BTS’ “Dynamite.”

BLACKPINK Lisa Is The Hottest Slayer Of Crop Tops Take A Look At The Tour Destinations Of BTS Group: You Will Be Amazed To Know! Have You Seen Blackpink Jennie's This Hot Picture: Take A Look Here Why Is Blackpink’s Lisa Known As The Kindest In The Group? Throwback: Blackpink's Lisa Is Named The Best Face In Asia Pacific & She Holds The Position Since 2019: Take A Look Blackpink's Rose Goes Bold As She Plays Guitar On Instagram