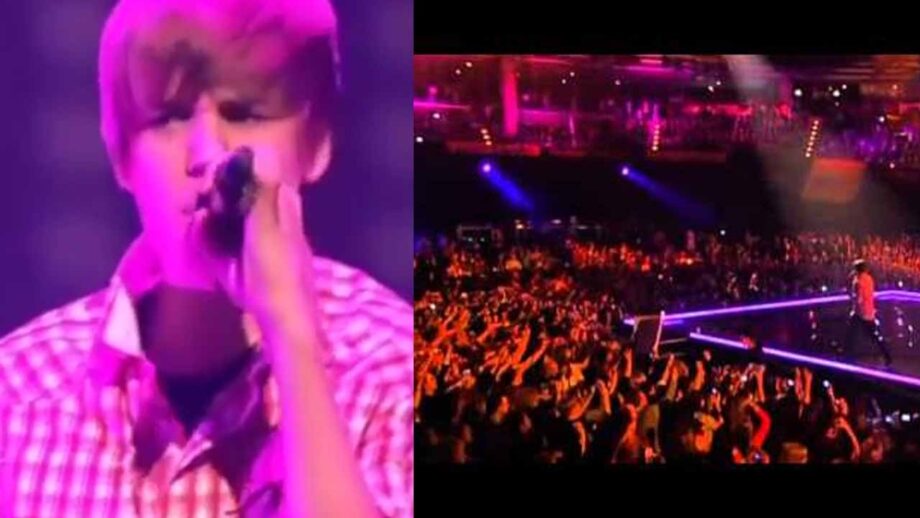 Popstar Justin Bieber was the first artist to have seven songs from a debut record chart on the Billboard Hot 100.

Bieber released his debut studio album My World 2.0 in 2010. It debuted at number one in several countries and contained the worldwide hit single “Baby”, which was certified 12x Platinum by the Recording Industry Association of America.

We came across a throwback video of Justin’s biggest concert ever wherein he is seen singing Baby. The song is giving goosebumps to the audiences.