Who between Danish Zehen and Justin Bieber has the major social media following? Check it out! Danish Zehen will be remembered forever in the hearts of his fans. He was a talented guy and was a social media sensation, a couple of years back. Belonging to a middle-class family, Danish started his career in 2012, as a rapper, and gradually after receiving fame and love, he became a vlogger and YouTuber. He even appeared in the Ace of Space Season 1, which got aired on MTV. Danish had over millions and millions of followers on various social media platforms from Instagram to TikTok. The guy even inspired the Bollywood actor, Varun Dhawan with his hairstyle. The fans will remember him forever.

On the other hand, Justin Drew Bieber, the Canadian pop singer, and songwriter has always lifted up everyone’s mood with his songs. He has risen swiftly as one of the top pop singers in the industry with one after another hit. His recent album, Changes (2020) has been a big hit of this year. Justin has always lifted our moods with his songs. He has influenced masses with both his songs and style. Justin has got over 142 million followers on Instagram and has also been available on TikTok and other social media platforms as well.

Who between Danish Zehen and Justin Bieber has a huge social media following? VOTE NOW! 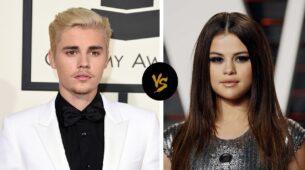