Darshan Raval made us all fall in love with him for his melodious songs. He earned a huge name and fame, not through Bollywood but got famous for his YouTube debut. A talent that is enough to get you recognized and cherish your dreams and not merely have to enter Bollywood to get famous. He has been writing his lyrics and also is a music composer. Here is the journey of Darshan Raval into stardom.

Darshan Raval was a boy filled with mischief, and he was even expelled from his college to have created a nuisance. He is from Ahmedabad in Gujarat and used to sing at his college as well as at small gatherings. Since he was a child, he was extremely enthusiastic and used to write songs, which he has also sung and released on YouTube.

Later, Darshan Raval participated in India’s Raw Star hosted by Yo Yo Honey Singh. But before participating in the show, he was the lead singer of the DipZip band in college. As a kid, Darshan Raval’s father always aspired him to be an IAS officer. But Darshan had different plans. He had a great voice and chose to be a singer.

Darshan Raval had the hearts of everyone; his YouTube track Tera Zikr fetched him millions of views on YouTube, bringing him in the spotlight.

If you are a Darshan Raval’s fan, then stay updated for more details on iwmbuzz.com.

Must read: Darshan Raval’s BOLD look in a suit 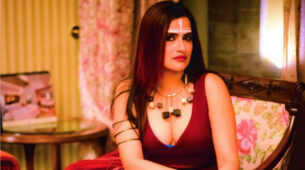