Justin Bieber is an international sensation. He’s been one of the top-selling artists since he emerged on the scene and has amassed a legion of loyal fans. When it comes to pop reinvention, Justin Bieber is an undeniable king. He has been in the spotlight right from his teenage and he has been a star among teenagers and youngsters. His journey from a teenager to a singing sensation has been phenomenal and over the years he has impressed his fans and followers with his music as well as the talents he possesses.

Justin Bieber has been a music lover since childhood. He learnt to play the drums at the age of 2, an age where normal toddlers are just learning to say a few words. He began playing the piano at the age of 5 and guitar at 7. The singing sensation is a perfectionist and keeps on going until she perfects the thing at hand. The kind of fame he got at a young age, he didn’t let it get to his head, rather improved himself and worked hard to get his music better. This amazing singer can woo us with his songs, he is a great drummer and his rapping skills are great too. Justin Bieber has stunned us with his beatboxing skills as well. Is there anything this man can’t do? 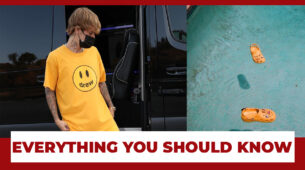