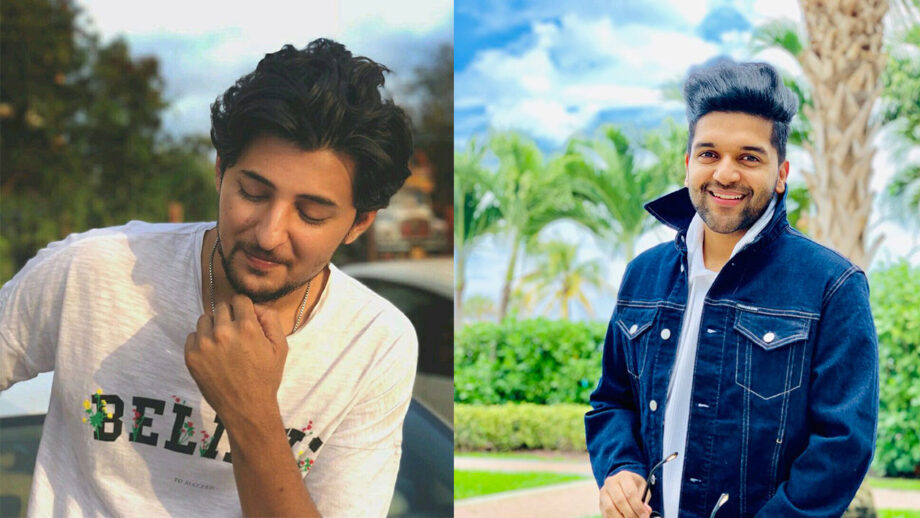 Darshan Raval from Ahmedabad, Gujarat has made everyone fall in love with him. His voice has become not just an inspiration for many youths, but also his versatility has captured the hearts of everyone.

Darshan Raval impressed everyone with his romantic numbers like Mehrama, fun track like Keech Meri Photo, with heartbreak anthem Tera Zikr and not to miss the ultimate Navratri playlist Kamariya and Chogada. The boy is fabulous with his mature voice making it a perfect fit for every mood.

Guru Randhawa’s tracks are mostly Punjabi tadka in Bollywood masala music. He has everyone on their toes swirling and moving on his final party numbers. He has sung numerous tracks each being a hit.

Guru Randhawa gave some perfect party tracks like High Rated Gabru, Suit Suit, and many more. Some of his remarkable romantic hits include Ishare Tere, Ishq Tera, and others that have made our romance expectations high.

Who is your favorite singer to whom you can listen on loop? Darshan Raval or Guru Randhawa. Vote Now