Darshan Raval, the boy who rose to prominence from a simple contestant to fame and name, is mesmerized by the whole nation. Apart from his melodious voice, his fashion statements time and again have always been on point. He is truly a sight to behold. And if we wish to raid a wardrobe, we all know whose it will be.

Looking for some formal inspiration? Confused about what to wear for a meet, then it’s stalk o’clock at Darshan Raval’s Instagram account. He has posted numerous pictures to be inspired by. Be it airport look or running some errands, the boy knows how to dress and impress at the same time. He doesn’t even need to try hard to prove the point. Though he is not trying, he looks like perfection.

Must Read: Armaan Malik To Darshan Raval: Top 5 Best Songs That Should Be In Everyone's Playlist

Darshan Raval has given us some mind-blowing suit looks. And when we look at his style file, those suit looks are not just formal but casually relaxed—both for office and party. And therefore, no wonder people look up to him as their ultimate fashion guru. Kindly have a glance at some of his most extraordinary suit style files. Must Read: Darshan Raval Best Songs To Listen During A Heartbreak

Also Read: Darshan Raval’s Easy Songs That You Can Learn To Play On Guitar 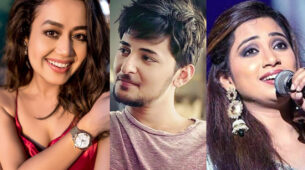 Shreya Ghoshal VS Neha Kakkar: Which Singing Diva Has The Hottest Chemistry With Darshan Raval? Darshan Raval Top Hits To Play While On A Date Darshan Raval & Neha Kakkar's Teri Aankhon Mein Or Darshan Raval With Tulsi Kumar's Tere Naal: Which Is The Most Loved Song By Fans? 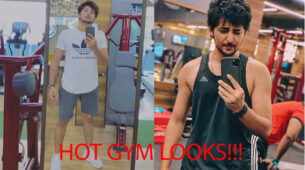 Get Fit With The Talented Darshan Raval: Have A Look AT Some Of His Hot Gym Photos