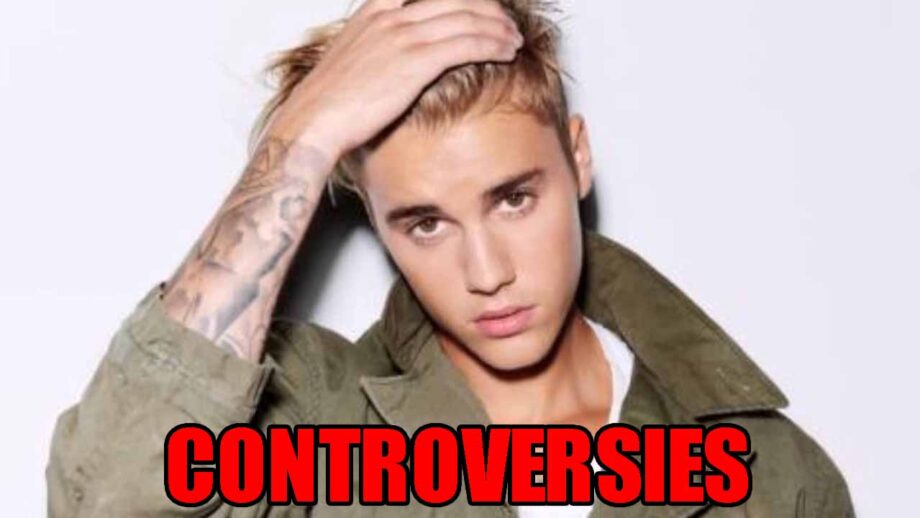 Pop sensation Justin Bieber attained international stardom at age 15 with his hit single ‘Baby’. He has won numerous awards throughout his career. During his music career that spans over half a decade, Justin has had to say sorry a number of times. Whether it is for bad behaviour, insensitive social media posts or even being arrested, the star has often found himself on the wrong end of media headlines.

As per media reports, we list down Justin’s controversies

Bieber was accused of allegedly punching a fan in Barcelona in November 2016. Video of the incident appeared to show the singer’s hand making contact with the young man’s face which was bloodied after the fan leaned into Bieber’s vehicle.

In January 2014, Bieber was charged with driving under the influence in Miami, a case he settled in August by pleading guilty to careless driving and resisting arrest.

In July 2017, Beliebers across the world were disappointed in their idol. 18 months into his Purpose world tour, Bieber decided to cancel the rest of the dates.

Back in 2013, the then-teenager was photographed spitting on a crowd of fans gathered outside his hotel. According to reports and photographs that made their way online, the singer could be seen hurling saliva onto fans and having a good laugh at it with his pals.