Justin Bieber, Drake or Eminem, the star singer you love to listen. Take your vote. 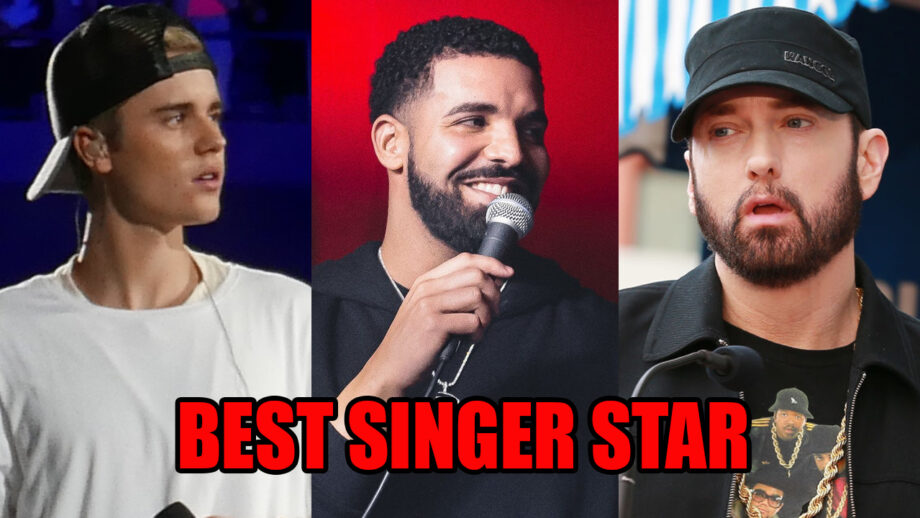 Justin Bieber the Canadian pop singer and actor has had huge popularity, courtest his awesome prowess as a singer. His first album My World hit the rooftop with respect to fame and Bieber became a star after that. His albums Believe, Journals, Purpose, singles – One Time, Baby, Pray, Mistletoe, Fa La La etc have been runaway hits. His fame has been a result of all the hard work put in by the man and he is surely indispensable at the moment in the music arena.

Drake aka Aubrey Drake released his solo album Thank Me Later in 2010, and this made him a star. His achievements thereafter in the singing world have been huge, with albums Take Care, Nothing Was The Same, If You’re Reading This It’s Too Late, More Life etc becoming huge hits. He is renowned as the world’s best-selling music artists with over 170 million records sold.

Eminem the American rapper and singer has amassed global success for his widely acclaimed musical works. His albums Infinite, Encore, Relapse, Recovery, Love The Way You Lie, Not Afraid etc have given him the stature of immense popularity.

Today we question you all, who is the singer star you love to listen to?