Kishore Kumar Vs Kumar Sanu: Who Do You Like To Listen To? | IWMBuzz
Subscribe Now
Music | Snippets

Kishore Kumar and Kumar Sanu amongst the two, who is your favourite? Kishore Kumar is deemed as the legend of the Music industry for his eternal contribution and success. He was a man with many skills. He could play with emotion in his songs.

Kumar Sanu holds records and is well-loved by the masses. He has a hard voice that gives his song a mature essence. He tried to resing the Kishore Kumar song Pal Pal Dik Ke Pass. But the track couldn’t be entirely sung as Kishore Kumar did. If Kishore Kumar had tried to sing Kumar Sanu track, it would have been the same. Because no two artists are the same and they have different shades to every song.

Though the two great singers have an amazing voice, they come from two different eras, and so it is difficult to choose between the two. But tell us who your favorite is? Kishore Kumar or Kumar Sanu. 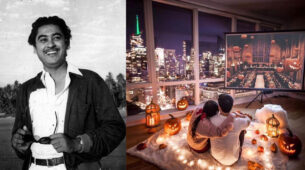