Darshan Raval is the darling of the music industry. Here are netizens showing their love for him Darshan Raval is the best singer in the music industry, and that is not far fetched. If you have regularly listened to him sing, you will know that he is not just in every playlist but in every heart. His voice is phenomenal, and his fans call themselves Darshaners. His fans are crazy for him to the extent that they would just stand out of his building to get a glimpse of him.

Darshan Raval always keeps his fans as his priority. He will permanently save room for improvement and criticism that would help him get better. He has a massive number of fans following in millions on all his social media platforms. He is a star of YouTube, Instagram, and Facebook. He feels nothing but content with such immense love he receives from his fans. Darshan Raval is also an impressive fashion icon. He is really picky about his fashion and keeps it simple yet worth living an imprint.

Netizens love Darshan Raval for his melodious voice, but there’s another aspect that catches the eye: his fantastic fashion sense and how he keeps his fans close. If you ever go to his concert, you will witness the best night you have ever had. He holds the vibe alive and is the best person in the music industry.

Also Read: Darshan Raval’s Songs For The Perfect Romantic Dance With Your Partner! 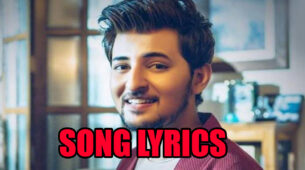