Find out about BTS V (Kim Taehyung) and Jin's fight BTS is one of the most significant and influential bands from the K-pop world. We have seen every tabloid carrying news on them, almost everything.

Today, we reveal the incident when BTS V (Kim Taehyung) and Jin fought with each other.

As per reports in media, during BTS‘s 2017 Wings tour, Jin and V had a pre-show argument that left both members nearly too emotional to perform. The fight was included in episode 4 of Burn the Stage, BTS’s candid, behind the scenes documentary.

Since BTS always strives to show their best side to fans, this may have been the first time A.R.M.Y witnessed such a heated exchange between the members. The argument began minutes before showtime, after RM brought up a timing flaw in the choreography. RM said that the gap between him and Jungkook was too large. V realized that to fill this gap, he would need to move from his current stage position to position “two”. In order to get himself to his place on time, V told Jin that he would need to pick up the pace to get to position “one”.

When Jin told V that he had trouble judging the distances between markers, V told him it did not matter and that he needed to be at “one”, regardless. V suggested that Jin run faster to get to his mark, since V can only start running once Jin does. In reply, Jin said that he was already running as fast as he could.

When V refused to drop the subject, Jin became frustrated. Jin demanded to know why V kept complaining when he was already doing his best. V insisted that he wasn’t complaining, and continued to offer suggestions, which only made Jin more upset.

Again, Jin insisted that he couldn’t possibly run any faster, and told V to take smaller strides. V agreed to do this but still insisted that Jin take less time getting ready to move from one position to the next. When Jin again said that he couldn’t speed things up, V took the argument a step too far. At this point, the other members joined in, hoping to defuse the room’s growing tension. Later, they both cried and were upset about the entire situation.

Also Read:-  Are You A Fan of Bts’ Rm? See His Latest Stylish Looks 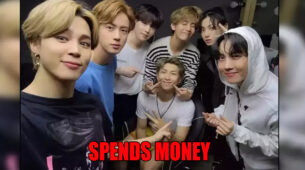 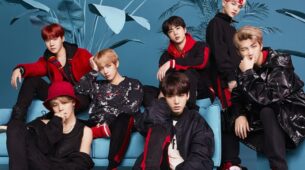