Who is the cutest cricket supporter? Ziva or Samaira? Check it out! 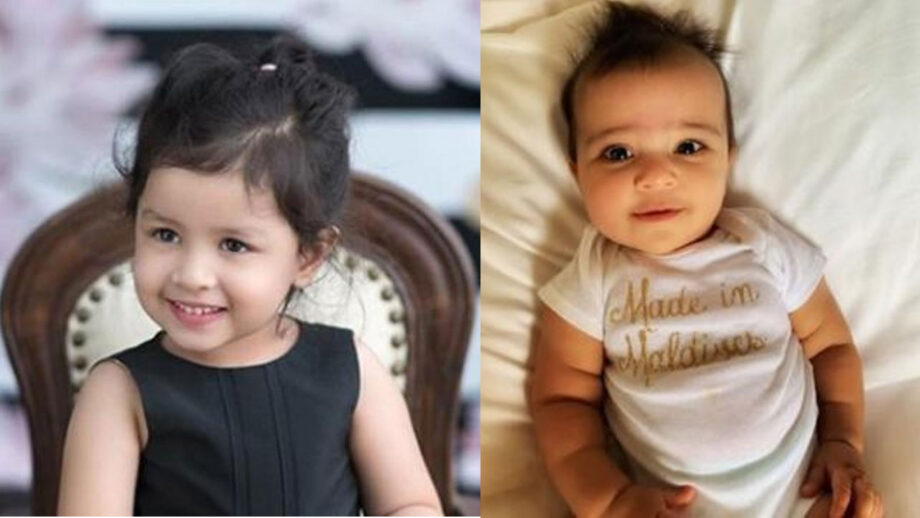 There are millions and millions of cricket fans and people who support their teams. The Indian team has received love and support, especially from their family.
Mahendra Singh Dhoni, the former Indian captain has received a lot of respect and love. But, his daughter, Ziva Singh Dhoni has been his favourite fan. Ziva has always supported her father and the Indian cricket team. She has been seen cheering her dad and the team from the gallery and waving the Indian flag. She has also been seen in the Indian Super League (IPL) matches, cheering the Chennai Super Kings (CSK) team with her mother, Sakshi Dhoni. The kid looks so adorable, shouts at the top of her voice to cheer them up.

On the other hand, Samaira Sharma, the fifteen months old daughter of Rohit Sharma is a cricket fan too. The little kid has been seen a lot of times playing with her father. She has been seen in the fields cheering Rohit up. She has been one of the motivations and strengths of the cricketer. Samaira was seen on the field during an IPL match supporting his father’s team, Mumbai Indians (MI).

Both of them are equally cute. Who among the two cuties do you think is more adorable?