Shardul Pandit talks about his enjoyable days as anchor in the ongoing BCL.. Says Shardul, “We have record viewership on MTV, and time spent for some episodes has crossed Roadies as well. At first, the above youth channel did not want me on board, preferring their own VJ. Another added advantage of having me is that, being an actor, I know how other actors, e.g. Karan Patel, would behave under different circumstances.”

Shardul first came to fame on the scene, with Kitni Mohabbat Hai, back in 2009. Since you are also hosting Season 2 of BCL, how different are things, this time around?  “In an attempt to target the youth, I am now going down to the dugout and talking to players, even during play, in a very informal, chatty manner. Also, my #tag lingo has really become a BCL rage.”

Going on, he adds, “I can make or break a BCL match, depending on what I say. If you remove my comments, then what is left? Just a cricket match, which is nothing (so he is admitting that cricket in BC is not important).”

“I am also there in all the matches, and everybody has to speak to me, being the only connect between 200 actors and the viewers. So I have made a lot of friends, and taken home considerable goodwill and moolah as well,” avers the capable anchor.

Tell him that the drama seems contrived, and Shardul gets a bit edgy. “People can believe what they want. Many also say that Bigg Boss is scripted because things don’t happen as per their liking.”

“How can you know what will happen on the next ball? If we script every ball, it would take hours to shoot, which is logistically impossible. No one can also know in advance if Rajeev Thakur or Chesta Bhagat would abuse me or Arshi Khan would fun flirt with me.”

“The most serious fracas was with a person (cannot name), who said that playing with women is no big deal. This was something which MTV does not subscribe to, and neither do I, being a feminist,” he clarifies.

However, Shardul does admit that as a commenter, it is his job to needle people. “Let’s face it, we are here for entertainment.”

Point out that his comeback TV show, Kuldeepak, (he had taken a long break after Bandini), did not click, and he again got edgy. “If an actor is responsible for hits or flops, then Ranbir Kapoor should be depressed. No actor can today claim to bring TRP, for there are several factors beyond our control, which decide a show’s fate. As opposed to this, an anchor like me can claim to make or mar a reality show, by controlling the flow, unlike fiction, where we are just puppets.” 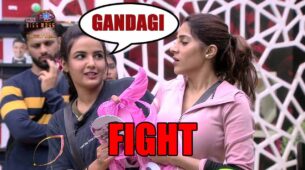