Avinesh talks about the show and his Bangkok trip... 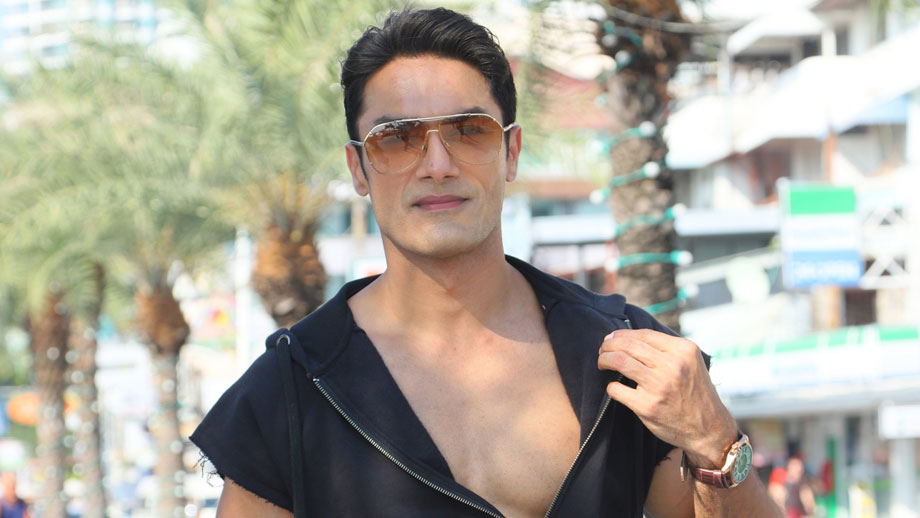 Avinesh Rekhi, the strapping, 6-foot-some-inches dishy dude, rides high on the popularity charts, courtesy his adorable turn as Uma Shankar in the Star Plus show, Tu Sooraj Main Saanjh Piyaji. The light-eyed actor is one of the few who started out with Bollywood, earned accolades there, and turned to TV shows, to continue giving us appreciable performances in meaningful roles.

IndianWikiMedia caught up with Avinesh, to glean a few titbits of information for our dear readers. Here, he shares nuggets about the show, his character Uma Shankar, and what the future holds.

Fans of the show are pretty keen to find out how Avinesh’s character Uma, will shape up in the latest track of the show. When we asked Avinesh about it, he complied gracefully, “Uma Shankar is a purist with strong beliefs in following traditions and norms. Yet, for the first time, he will move out of his shell and uncover Maasi’s true intentions. Uma has his own unique traits, which will be interesting for audiences to watch and will be unveiled as the show progresses.”

He continues, “Uma Shankar, who has never gone beyond Laadnu, will be discovering the world through Kanak’s eyes. And will evolve as a man who is traditional yet contemporary.”

The crew recently had an extended spell of shooting in Bangkok. Eager to find out more, we ask him about this new track on the show. He responds, “The new track in the show is really exciting. We have shot a major chunk of the new track in Bangkok. The entire story has changed. Maasi (Sadiya Siddiqui) runs away to Bangkok with Uma’s medicines and Uma is blamed for Madhura’s death.”

“This is when Kanak decides to stand by Uma and prove his innocence. They travel all the way to Bangkok to expose Maasi. For the very first time, Kanak and Uma Shankar get together to fight against a common force, in a foreign land”, he shares further.

Kanak and Uma are poles apart in personality. As love blooms between them, Kanak has changed Uma’s life completely for good. We ask Avinesh about Kanak’s importance in Uma’s life, to which he replies, “The core DNA of the show has always been about finding soul mates. One looks for perfect compatibility when choosing a life partner– a Sooraj for a Sandhya. Kanak has become the driving force in Uma’s life, getting him out of his comfort zone and bringing a positive transformation in Uma.”

When asked about their stint in Bangkok, Avinesh professes, “Bangkok was great fun. We explored many places like Walking Street in Pattaya, which is very famous. We shot at some exotic locations like Buddha Temple, beaches, floating market, etc. But most importantly,the one thing I took home from Bangkok was fruits. The fruits you get in Bangkok are amazing and really fresh. The trip was like a mini-vacation for us. We worked hard and partied like crazy. I love sea food. I made sure that I tried each and every kind of sea food there on the last day of the shoot.”

Avinesh’s ‘Dostana’ shot in the show has generated a buzz among TV audiences. Replicating John Abraham’s iconic beach scene in Dostana, Avinesh has supposedly flaunted his bare Greek-god-like body, wearing nothing but an itsy-bitsy pair of trunks. When quizzed on it, he declares, “Yes, it was a sequence where I had to wear really tiny swimming trunks,like how John wore in Dostana, and seduce a gay manager. But it was not a replication of any sequence. We just took an idea from it.”

Having clarified that point, he continues,“It was damn funny when I had to seduce the gay manager. Kunal Kumar was too good; the way he acted, for a moment even I felt a little awkward. But it was super-fun. Kunal and I share a great bond; after the scene, we had a good laugh over it.”

Avinesh is also seen in disguise in the Bangkok track of the show. The hunky actor explains, “Audiences will see Uma dressed in the guise of a Sardarji. As per the track, Uma doesn’t have a passport and Kanak helps him get to Bangkok without a passport. Uma will be seen as Harpreet and Kanak as Diana. They change their look to trap and expose Maasi Sa.”

Avinesh is also delighted by the fact that he got to essay the role of a Sardar, even if just for a short while. “I’m a Sardar in real life, and it was a fun opportunity to play one on screen.”

Fans of this light-eyed heartthrob are aware of the fact that Avinesh has worked alongside Rani Mukherjee in Dil BoleHadippa. We asked him to tell us about his experience working with Rani. Reminiscing on that phase of his life, he says, “Well, it was my debut in the film and it was an amazing experience working with her. What I like most about her is that she is very professional. I really respect her for that. She is very organised, and that is evident in her performance. There is so much to learn from her.”

So, which is his favourite Rani Mukherjee movie? He shares,“I loved her in Mardani. Now her movie Hichki is all to release and I wish her all the luck for the same. I have seen the trailer and it is mind-blowing”.

And with that, he signs off.