Fitness icon Barun Sobti has apparently never needed to work out to be able to stay lean and sexy and we are dying to know how! Today we’re here to decode the famous ‘Iss Pyaar Ko Kya Naam Doon’ actor Barun Sobti’s fitness mantra and how he manages to stay lean and mean. In an interview to a leading publication he addressed himself as an Ectomorph and that he doesn’t need to work out, and fans have been going crazy over this term ever since their role model has mentioned it.

When asked about his personal diet mantra, the actor said that he has no such diet mantra to be precise and he freely eats whatever he feels like. So we at least know that he is a foodie and not at all ashamed to say it out loud! Actor Barun Sobti has even confessed that he can eat 6-7 meals a day and he loves being a foodie; something he doesn’t get cautious about. Doing weights is just what he does daily as an exercise routine and not something he is trying to purposely continue as a part of his ‘fitness regime’. When asked about it, Barun Sobti said that he has absolutely no secret behind his fit frame despite being a foodie. 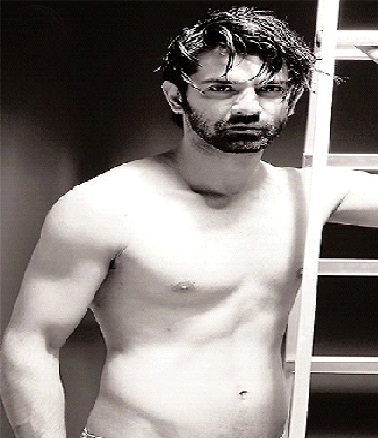 To maintain his frame he works out daily and sometimes according to the need of the script. He admits to be a very self-motivated person and that he loves football. He plays his favorite sport every time he gets a chance and is always eager to let loose then.

There are very few actors who would be able to boast about zero fitness schedule and yet end up with a lean and sexy look. Well, with or without work-out if this is how he looks then we have no qualms at all.