Niyati Joshi who has recently replaced Parul Chauhan as Swarna in Star Plus’ Yeh Rishta Kya Kehlata Hai gets into an exclusive conversation. Actress Niyati Joshi has returned to the daily soap scenario after a hiatus as the new Swarna, mother of Kartik in Yeh Rishta Kya Kehlata Hai, the longest running GEC show beamed on Star Plus produced by Rajan Shahi’s banner Director’s Kut.

Niyati who has been around for many years and has portrayed commendable characters in shows Kumkum Pyaar Sa Bandhan, Saath Phere, Ghar Ki Lakshmi Betiyaan to name a few, has replaced popular actress Parul Chauhan in the show.

In an exclusive interview with IWMBuzz.com, Niyati talks about the role and her expectations and on her big comeback!!

Welcome aboard the popular show, Yeh Rishta Kya Kehlata Hai. Viewers have gotten a very young looking Swarna in you.

(laughs non-stop) Thank you. The feeling of being part of the longest running show Yeh Rishta Kya Kehlata Hai makes me really happy. The overall experience with the cast and unit has been great.

Tell us about your initial days into the role of Swarna?

Well, the nervousness was very much there as it was all about how people would accept the new Swarna. It is a new set, a new ambience for me. Even today, there are many viewers who want their old Swarna back. But I think it is just a matter of time and that people will get used to the change soon.

What are the factors that influenced you to accept this role in Yeh Rishta Kya Kehlata Hai?

Initially, when Rajan Sir called me, I was very skeptical as I had to play a grandmother directly at this age. However, I quickly realized that these things do not matter anymore on TV. In any case, I was clearly told that they will not grey my hair. Also the best part was that Yeh Rishta Kya Kehlata Hai has been a show going on for 10 years, and is rating high even now. Also, Rajan Sir is a very good Producer to work with. So I could not refuse the offer.

Also, I was off television for a long time. So I wanted my comeback to be with a very big show. It really does not matter playing a grandmother now, as I will be shown in the same way as you are seeing me now. The look is very much acceptable and there is no problem whatsoever.

I am going to take the character along in my way and give it the variations that I feel will do justice in the situations put forth.

How was the welcome on the set of Yeh Rishta Kya Kehlata Hai?

I got a very warm welcome from one and all. My first shot was with Director Romesh Kalra, with whom I have worked earlier in Saath Phere and Betiyaan. So that comfort level was there for me. It took me one or two days to start gelling with all. And I must say, it has been very easy going with all of them. Now it seems like I am part of the show.

How is the character treating you now?

Right now, I am getting used to playing Swarna. There were certain nuances in Swarna that Parul Chauhan carried out. I am getting to learn what she did and understand what is expected of me. However, I am going to give it my touch. I am going to take the character along in my way and give it the variations that I feel will do justice in the situations put forth.

What kept you away for so long?

Well, I was not at all on a break. Yes, my last show with respect to daily on TV was Rakht Sambandh. But I did a Bollywood movie and also a regional Marathi movie in the last few years. I have been doing a lot of ads and episodics. So technically I was not on a break at all. But yes, it feels good to be back to the daily soap scene. I am really grateful to Rajan Sir for giving me this break after many years. I am thrilled and excited to be back on the 12 hours shift scene.

You look to be a very young mother to Kartik. Even the recent messages on social media indicate to that.

Yes, I have read those funny messages and feel I should look more aged on screen (smiles). I keep telling my hair dresser to try out different kinds of hair styles in order to make me look bit more older (laughs). Having said that, the character of Swarna is said to be the step-mother of Kartik and even Parul looked quite young.

I just pray that viewers and fans of Yeh Rishta Kya Kehlata Hai accept the new Swarna as what she is rather than comparing her with the old one.

How did you find Parul Chauhan’s work as Swarna?

She is a very famous actress and a very good one too. Definitely it is going to be very tough for viewers to accept a new Swarna all of a sudden. Parul has done a fabulous job for so many years now. I hope that things will settle and I will be able to make my ground in a month or so.

How has your camaraderie been with Mohsin Khan and Shivangi Joshi?

I have earlier worked with Mohsin 10 years back for an ad. So we know each other from that time. Shivangi is a young and good actress. I had my first solo scene with them recently, and it went really well. I am working towards cracking a good onscreen chemistry with Mohsin. The mother-son camaraderie will be appealing to the viewers. Time will help everyone in making these new onscreen relationships acceptable.

Sachin Tyagi is a very experienced actor and how is it to play his onscreen wife?

I have not had many scenes with him till now, as Manish Goenka suffered a heart attack when I entered. But yes, from the time Sachin has seen me, he keeps saying ‘is baar aur bhi choti ladki aagayi hai’ (laughs). But I have learnt a lot from him in these 4-5days. He is a very senior actor and we will get our chemistry right in quick time.

What are your immediate goals as Swarna?

I have not planned anything. I want to go with the flow. I just pray that viewers and fans of Yeh Rishta Kya Kehlata Hai accept the new Swarna as what she is rather than comparing her with the old one. I want them to accept Niyati as the new Swarna and I will work towards achieving that.

I feel when you are replacing a famous character, you need to get in on a high. So my entry happened when Manish got a heart attack. I only cried during my initial days of shoot. As I said, acceptance of a new actor in a well-defined role is very difficult.

What will your message be to fans?

Well, I will want to thank Rajan Sir for giving me this opportunity. And to the viewers of Yeh Rishta Kya Kehlata Hai, please watch my craft and love me for it. 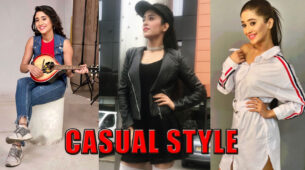 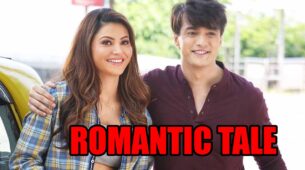 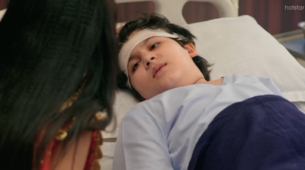