It is not possible to have a pure Radhakrishns like love today: Akangsha Rawat
Subscribe Now
Television | Celebrities

In conversation with Akangsha Rawat 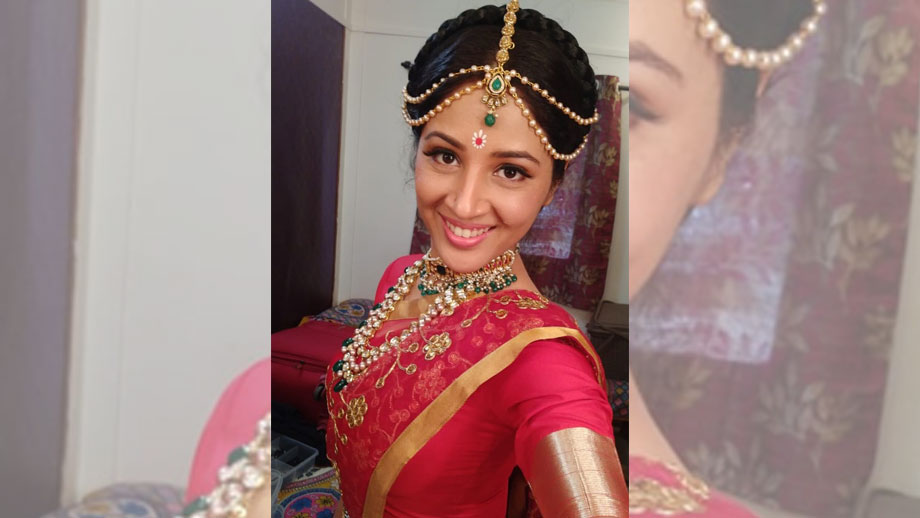 Akangsha Rawat, who plays Radha’s mother in new STAR Bharat show, Radhakrishn, is enjoying her character. “The best part of playing a mytho character’s mom is that you are made to look young and beautiful.”

“Not much is known about Radha’s life and her parents; i.e. the part where baby Radha refuses to open her eyes until she sees Krishna.” The story has since moved to when both Radha (Shivya Pathania) and Krishna (Himanshu Soni) are in their teens.

As an actor, Akangsha is quite happy with the meat of her role “For our show, unlike normal mythos, does not have many characters. Rather, the story revolves around Radha, her folks and Krishna. Also, the plot lines are about much more everyday issues.”

Talking about the love between Radha – Krishna, Akangsha, who is separated from TV actor, Piyush Sehdev, says, “It is pure unadulterated love and unlike today’s physical, selfish and conditional romance. Although Radha was married to someone else, yet her love for Krishna was pure, as it was not carnal but devotional. Such love cannot exist today between a man and woman, given our conditioning. Love between a parent and child is the only relationship today that might compare to the Radhakrishn equation, given its selfless nature.”

This is Akangsha’s first tryst with the mytho space. “The biggest challenge is the language; you can’t improvise as happens with normal daily soaps. Also, since we shoot in Gujarat, travelling up and down is another downer. And last, but not the least, we don’t have net connectively on set, which puts us off the WWW. Luckily for me though, I am not a major social media buff.”

Akangsha, who first began with leads in Solhah Singaarr and Palampur Express, and a few south projects, had taken a sabbatical from work due to personal reasons (she lost her mother to cancer). “Now I am back with a bang, and looking for all kinds of juicy assignments.”

She does not feel that lead roles are out of her bracket even if the fact is that most shows today have young girls as protagonists. “Even today, mature romantic shows are being made.”

Besides TV, Akangsha is also game for interesting web characters. “I don’t mind going bold if the role is juicy enough.” She also would not mind going back down South again and “Even Hindi films, which I have not tried before.” She had done a short musical with Sushant Singh Rajput, called, But It Rained.