In conversation with Tiku Talsania. Veteran artist, Tiku Talsania,who was part of India’s first sitcom, Yeh Jo Hai Zindagi, way back in 1984, has no grudges against TV content like most other senior actors.“On the contrary,I feel that small industry is progressing at the speed of a bullet train.”

But has content level regressed? “Well, the audiences do not seem to buy your theory, for the ratings are still high. Despite the mushrooming of so many channels,every player has a certain TRP. So, all in all, things seem to be going good.”

He also does not feel that comedy has gone below the belt. “Our Sab TV show,Sajan Re PhirJhoot Mat Bolo,which has crossed 300 episodes, has no such stuff and neither have I watched any such vulgarity on any other show.”

Talking about Sajan Re 2, Tikkuji, who has also been doing lots of stage, says, “This season is different from part 1, where I was the one to be lied to,and here I am part of lie brigade, so it is fun.”

Tikkuji is full of praise for the entire cast of Sajjan Re Phir Jhoot Mat Bolo, everybody from Hussain Kuwajerwala to Rakhi Vijan and Sharad Ponkshe work very hard to ensure that the audiences always remain in splits.”

He also seems to have taken the generational and size shift of the industry in his stride. “I am very comfortable with the new lot as well. Change is the only constant, you see.”

Asked as to what made him last for so many years, he says, “I like to work and, yes, I don’t pay attention to other things. I just do my bit and go home, period.”

Looking ahead, he would be game for web series,“For they offer fresher and more realistic content.”But are you ok with the rampant abuse and nudity which seem to be the new net norm?

“Though abusing is not socially right, it does happen in the heat of the moment. Having said that, as mentioned above, if the public stop consuming the same, it will stop automatically. Also,every trend has a time stamp, and soon this will come to pass as well.”

Interestingly, he would not mind doing an expletive-spewing character. “I don’t think anybody will offer me one, as it won’t suit me. But if something like this does come along, I will take it up, for us actors should always be ready to push the envelope.” 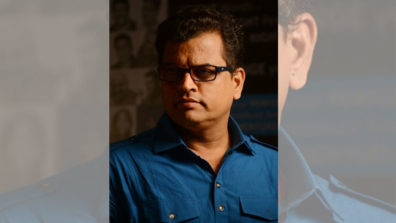 I am lucky to play both positive and negative in Sajan Re Phir Jhoot Mat Bolo: Parvati Vaze