Sreejita De who is presently seen in the role of a chudail in Star Plus’ Nazar talks about her role and the way she has been playing it. 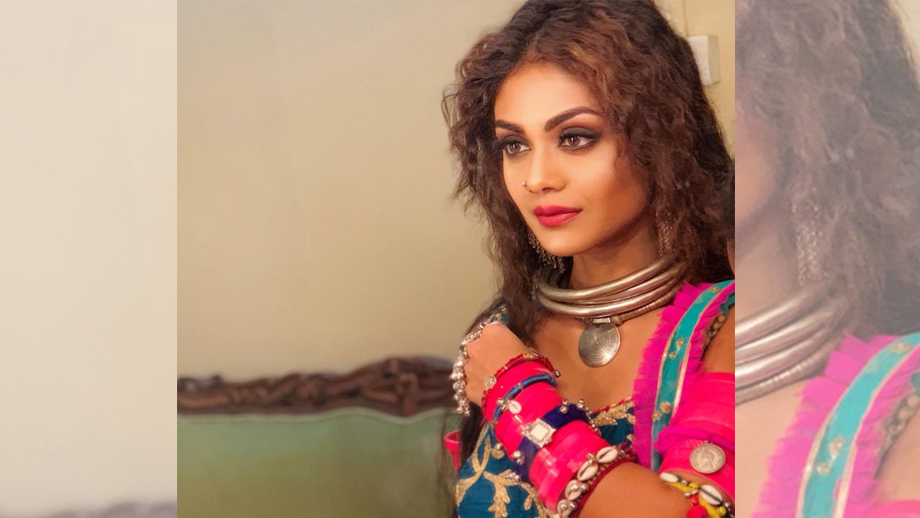 Sreejita De has been stunning audiences with her ‘chudail’ avatar in Star Plus’ supernatural thriller show, Nazar (4 Lions Films).

The late night slotted show has been doing really well keeping the viewers on tenterhook with its intriguing story line.

Sreejita is seen in a colourful yet terrorizing avatar of Dilruba, the chudail.

What’s very interesting about her character is that the chudail does not appear to be completely evil and has a cuter element that brings a smile on people’s faces.

Says Sreejita who has done shows like Uttaran, Ladies Special, Piya Rangrezz, Annu Ki ho Gayee Wah Bhai Wah, Untouchables for the web, “You have to be really open to play something like this. As an actor, you cannot be holding back when such roles are offered to you. Nazar and similar concepts get liked by people in villages and small towns. They are really bored of the saas-bahu sagas. Hence there is a demand to watch the supernatural and horror shows. This gives viewers a breakthrough from the normal viewing.”

Talking about her character Dilruba, she avers, “This is a very challenging role and I have tried my best to not hold back as an actor. For example, when Dilruba opens her mouth, she looks different. People have asked me why I react like that. The answer is that Dilruba is a chudail and it is but natural to show such behavioural instincts. When you watch a Hollywood film, you see actors not holding back. When I pick up a role, I have to be convinced of what I am doing. Yes, I have not seen chudails, but have a faint idea of how one would be. Honestly speaking, few of the mannerisms of mine have been very much appreciated by viewers.”

Elaborating on it, she quips, “Audience has accepted the way Dilruba laughs and I have been getting lots of messages for it. Frankly, I had no time to prepare for the role. I got selected for this role overnight and had to start shoot the very next day. So I sat with the Director and he really helped me build the character. He did not want me to play an outright negative chudail. Hence we decided to have a taqiya kalaam for her. This was when I thought about it and came up with this laughter which is really annoying and irritating, but looks very cute. He approved it and now, people love it.”

The stunt sequences are the other bright aspect of playing this character. Sreejita loves them to the core and looks forward to them. “I have done quite different and shocking stuff with the stunts. For a scene, I was hung upside down and had to do a lot on the harness. Also there was a fight with Mohana wherein the chroma shoot was used.”

On the upcoming track, Sreejita says, “There iis lot to look forward to. The story will be interesting and viewers will love it.”