Ribbhu Mehra who will enter the SAB TV show, My Name Ijj Lakhan talks about his role in the show. Ribbhu Mehra who rose to fame with his role in Yeh Hai Mohabbatein, is quite excited to be part of one of the most talked about shows – My Name Ijj Lakhan on Sab TV. The actor will enter the show tonight and if sources are to be believed the entry is grand, just as you would witness in a movie. Ribbhu Mehra spoke with us about his entry, his character and his experience working with such an amazing cast.

Talking about his character in the show, he said, “I am playing the character of Arjun Rathod, who is a Senior Inspector. He is a strong-headed man and wants to eliminate crime in the city at any cost. He is very focussed and calculative and will do anything to get hold of the criminals. But he has this peculiar habit of remembering something from something, which is what adds an element of humour to the character. I am a cop movie fan like Singham, Khakee, etc. and recently being Simmba, so certainly I loved it and I had a lot of fun portraying Arjun Rathod. I am sure people love me in this new avatar.”

Ribbhu will have a grand entry, in filmy style, and commenting on the same, he added, “Well, when we were shooting the introduction scene I didn’t feel that I was shooting for a TV show. I felt as if we are doing a film scene. Appropriate time was taken to shoot the scene and it was done elaborately with minutest details being taken care of. The entire team had lot of fun as we used to play The Simmba movie theme ‘Aala re aala Simmba aala, Police’ while shooting this scene, to get the feel. Everyone just got so involved with the scene that while watching the playback of the scene we were whistling on the sets. My Yeh Hai Mohabbatein entry was also amazing and filmy but this one I shall remember for my entire life. I can’t wait to see it on the silver screen..!”

When asked about his experience working in the series, he shared, “My experience so far has been wonderful, and it’s a dream team to work with. Our producers, direction team, creative team, production team, all the co-actors, Sony Sab Channel team, everyone is very supportive towards each other. It’s a pleasure sharing the same screen space with such talented and senior actors from our industry. When you have actors like Shreyas Talpdade, Archana Puran Singh, Parmeet Singh Sethi, Esha Kansara, Sanjay Narvekar, Naaser Husain, Jayesh Thakkar, Kaanchan Pagare, Pawan Singh, Deeksha Kanwal, it is an amazing experience and also it is a laughing riot at times between the scenes.” Bombers has to be the most challenging work of my life: Gaurav Sharma Like every Indian, I am hurt and angry at this cowardly act of terrorism: Kapil Sharma on Pulwama attacks 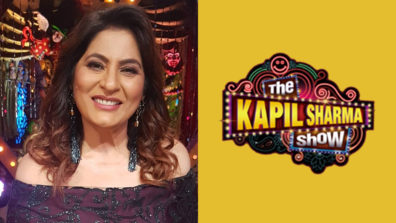 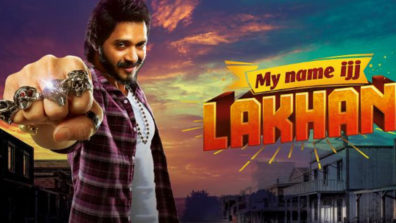 My character in My Name Ijj Lakhan tries to balance between the son and father: Archana Puran Singh