The lowdown on Partners, everybody’s favourite comedy show on TV Comedy is a genre not everybody can master. It takes a special kind of talent to consistently tickle the funny bones of fickle-minded audiences. It is for this very reason that SAB TV’s new laugh riot, Partners, stands out like a colossus among comedy shows.

Helmed by prolific writer-director- playwright, Paritosh Painter, Partners is like a breath of fresh air in the dead-as- a-dodo comedy-scape. We must say Paritosh has outdone himself with this show. The story is hilarious, the concept, refreshing, and the acting, above par. Partners is a police caper with a difference.

The show features not one, not two, but a veritable who’s who of the comedy genre; each, a master in his own right. Johny Lever, that doyenne of comedy, Asrani- another legend, Kiku Sharda- comedienne sans par, Ashwini Kalsekar, Kishwer Merchantt, Shweta Gulati, Vipul Roy- the show is chock-a- block with superb actors.

The sets are outstanding too, adding an element of fun to the proceedings. Incidentally, they were built by the Art Director, Akshay Vayeda, in just 24 days, at a cost of Rs.1.5 Crore.

The show marks the TV debut of Johny Lever. Yes, this is the very first time that Johny Lever is acting on the small screen. And where you have Johny Lever, laughs are bound to follow. The comedy guru lights up the screen with his comical expressions and side-splitting antics. BTW, did you know that, over the years, Johny Bhai has turned down numerous offers to act in TV shows? But something about the story, concept and his role in Partners convinced him to give up his self-imposed constraints regarding TV.

Jubilant at his green signal and greedy for more, the makers decided to make the most of Johny’s acceptance, and cast him in a double role! So, there he is, every night, delighting his fans with a double dose of funny escapades, as Police Commissioner, and also as his doppelganger– police informer, Khabari. The interactions between the two are uproarious, to say the least.

Kiku Sharda was the first actor to come on board for the show. Kiku has worked with Paritosh in several TV shows- Paritosh’s first TV production, Home Sweet Home, on Zee Smile, Shree Adi Manav on SAB TV and Akbar Birbal on Big Magic. Owing to the comfort level they shared, Kiku was Paritosh’s first choice to play the role of Inspector Manav Desai in Partners, and he agreed.

Vipul Roy was the last actor to come on board, and is aptly cast in the role of Inspector Aditya. Paritosh wanted a suitably good-looking actor as Aditya, who could carry off the comedy scenes with straight-faced élan. He zeroed in on Vipul for the role. But not before auditioning 30-40 actors for the role!

Another interesting snippet of info is that, initially, the character of Neena was conceived as Neena Chhabria, matron of a Sindhi family; but when Ashwini Kalsekar came on board, it was decided to change it to Neena Nadkarni, a Maharashtrian. Ashwini being a Maharashtrian, Marathi comes naturally to her.

Also, the track between Lever’s Police Commissioner and Ashwini’s Neena was not part of the original script. But with Ashwini on board, she was cast opposite Johny Lever– in a hilarious take-off on their Golmaal 4 characters. Net result- some really humorous scenes for the audience to enjoy!

Shweta Gulati and Kishwer Merchantt, as love interests of Kiku and Vipul, were no-brainers really. They’ve been part of Paritosh’s play-gang since years, having done a lot of plays under Paritosh’s able steering. Selfie, See No Evil Speak No Evil Hear No Evil, and Teen Tigada Kaam Bigada, are several that we can recall off the head. The level of comfort they share with Paritosh made them natural choices.

In yet another first for the show, the delightfully melodious title track of Partners has been composed by the Meet Brothers– the first time ever that they’ve composed for a TV show!

With so many firsts going around, Shreyas Talpade too jumped into the fray with a first. In his first friendly appearance on TV, he played himself in the 2nd plot of Partners. FYI, Shreyas and Paritosh go back a long way- they were friends in college! Shreyas also starred in Paritosh’s film, Paying Guests, and Paritosh has written Shreyas’ directorial debut, Poster Boys.

This, then, was the lowdown on Partners, everybody’s favourite comedy show on TV. We hope you enjoyed reading it, as much as we enjoyed writing it! 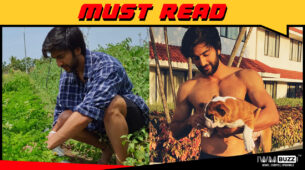 Please don’t flaunt whatever you are doing for people: Meezaan Jaffrey on lockdown 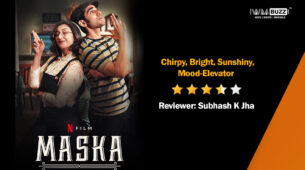