Radhakrishn the Star Bharat show will see Sachin Verma’s entry in the powerful role of Bheeshma. The introduction of Pandavs and Kauravs has happened and the story will soon move towards the war which will bring about the Krishn-Arjun powerful association.

This will bring about the entry of Bheeshm Pitamah and the actor to play it will be Sachin Verma.

Sachin Verma who has played many diversifying roles in his career will make a comeback to TV with Radhakrishn.

As per a reliable source, “Sachin will soon start shoot for Radhakrishn. As we know, Bheeshma Pitamahah will be a very powerful character.”

We buzzed Sachin but could not get through for a comment. 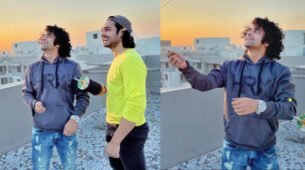