Mrinal Jha who has been the Writer for Season 1 and 3 of Naagin gets into an exclusive conversation with IWMBuzz.com Mrinal Jha, the acclaimed Writer has bagged yet another feather in her cap with her association with Naagin, the top-rated show on Colors produced by Balaji Telefilms.

The Writer who has written for popular shows like Kahiin Kissi Roz, Banoon Main Teri Dulhann, Maayka, Agle Janam Mohe Bitiya Na Kijo, Qubool Hai, Ishqbaaaz etc was the story Writer of Naagin when it all began in Season 1. Now again, as Story Writer, Mrinal along with the entire team of Naagin has been welcomed by audiences with a huge rating start (4.2 and 4.5 being the first two episode ratings).

Says Mrinal, “As a nation, we connect very deeply to our folklores, and Naagin is one of the popular folklores available in various forms across the country. So it has that immediate connect. It was a very smart decision by Ekta Kapoor to initiate a show on this line. Overall, what has worked for the show is also the telling, the way the story is told. It is fast, pacey, with lot of twists and turns constantly. The casting of course, whether it was Mouni or even now, has really stood out with their great screen presence. It is not an easy task to convince audiences that you are a ‘Naagin’. The conviction has also worked in the favour of the show.”

After Mouni’s ‘iconic’ Naagin performance, did the team expect the newer cast to break barriers in terms of ratings yet again? Mrinal answers, “Mouni did a fabulous job, and definitely it was a tough act to follow the route. But the advantage of the character perse of Naagin automatically makes the character weighty that anyone who is a fine performer and can do it with conviction can get accepted by viewers. Although Mouni has a great following, the current actresses are also having a good response. In the first season, Adaa Khan too did a great job. So I would say it is a combination of the concept (which I call ‘Snake Lady’) and the performance that does the trick.”

Ask her about the difference in the creating thinking over the years and seasons with respect to Naagin, and she avers, “The thing that we have kept constant and has worked for us is the pace of the plot. Also, the grammer of keeping it as unpredictable as possible is what we have worked upon. The biggest challenge for us in Season 3 was that there had already been 2 seasons preceeding it. So we had to constantly keep finding ideas that have not been done so far, and this has been a challenge. This is what we are looking at right now.”

She goes on to say, “Season 3 is about thinking a little more, keeping in mind what has been done as I said. Other than that, I don’t know any other show in recent times, where there has been a seasonal format with a fantasy character like this. We have the Marvel series and Star Wars internationally; there is a Universe that gets created and you keep exploring it deeper and deeper. So other than the large audience acceptance, the bigger breathrough in Indian Television comes from the fact that we have been able to create a franchise which can be explored over various seasons. It is a big plus for the whole industry. I call Naagin the ‘Wonder Woman’ of India.”

On the targets set for the success of Naagin 3 after the huge opening rating, she states, “Celebrating too early is never a good thing to do. Ekta is very relentless in her expectations of ratings. We take the start as just the push for us to do better. All we can really do is to do our work to the best of our ability. Rest is upto the audiences. But the one thing that we are clear is to keep the story gripping and engaging so that audiences think of coming back.”

Comparing the present scenario of TV ratings to the one that prevailed when Season 1 happened, Mrinal states, “Ratings in total have dropped by half or 1 TRP point now. In this scenario, to get a rating more than 4 is really good. In Season 1, Naagin’s success was a big thing that happened, but the possibility at that time was a lot more. But now, things have changed. So we are happy with the start and ready to work our way.”

Naagin as a franchise can be loved, hated but simply cannot be ignored. On this statement, the Writer justifies, “I cannot speak for those who criticize; they will have to expain their stands. That’s fine and they have a right to criticise. But finally any TV product is judged by the audience. We are all here to service the viewers and not to indulge in our own creative urges. We need to make sure audience is entertained. And Naagin has done that repeatedly. And you cannot deny this fact at all. The fact that Season 3 also has brought back the audiences to a certain measure is proof enough of this.” 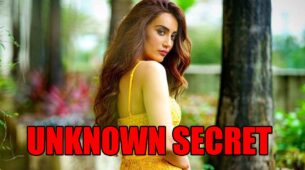