I feel concerned with the situation the housewives in our country face: Producer Raakesh Paswan
Subscribe Now
Television | Personalities

Producer Raakesh Paswan who is coming up with a show on &TV over a woman’s financial independence, Bitti Businesswali gets into a conversation. 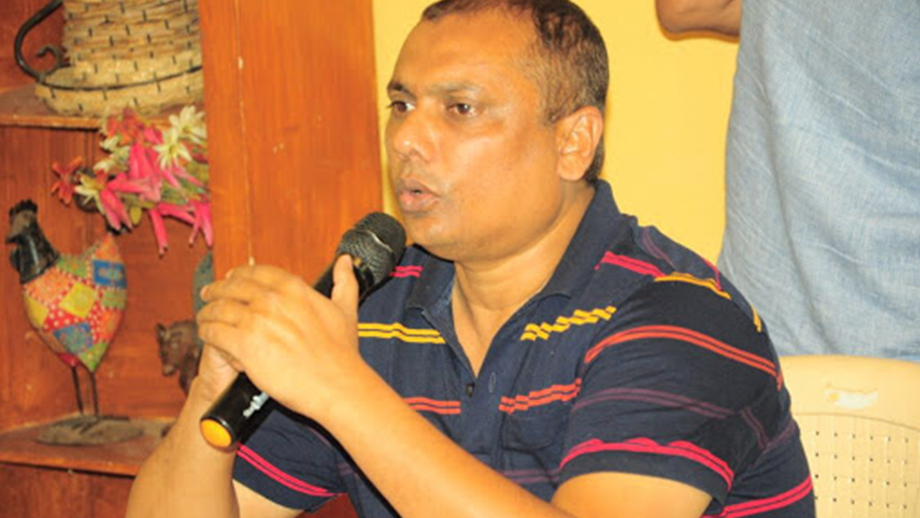 Bitti Businesswali, the new &TV show launching tonight (16 May) is produced by Raakesh Paswan, who has always shown the realistic side to his tales harbouring around the small towns of India.

In a conversation with IWMBuzz.com, Raakesh Paswan talks about the manner in which he conceived this concept, his thought on housewives and women living in society and much more.

Says the Producer, “Personally speaking, I believe and understand the inner sentiments of women very easily. This has come from my upbringing I would say. I come from a family where there have been a lot of women. From my childhood, I have been around women starting from the age of 80 (my great grandmother) to my 5-6 years old kid-sisters. Unknowingly, I have developed the knack of knowing a woman’s sensibilities. Even when I was writing for Humari Devrani for Producer Shobhna Desai, she used to tell me that I have it in me to gauge women’s sensibilities and write about them very easily. I used to simply smile then. But over the years, I have begun to realize that I can do a good job around this concept. This was the stepping stone to working out on this concept.”

Talking about the state of housewives in today’s society, Paswan avers, “I feel concerned over the situation the housewives in our country face. They do everything for the house, but are always taken for granted. They always are dependent on the males around them, whether it is the husband, son, father-in-law, brother etc. Everything is about money today. Not only women, but every individual has a personal expense that they need to meet up to. And even for that, a housewife needs to fight with her people and be dependent on them. When I met &TV for a show, they asked me to work on a concept which could be explained in a single word. This is when I decided to write about the financial independence a woman should have.”

As always, Paswan provides a simple and realistic tale with a small town touch. “My characters have always been earthy and in real zone. Bitti my lead character is one which is suited to the times of today; she is contemporary, a young college going girl. The show has emotion, drama and entertainment, and is a complete package.”

On his lead character Bitti, he states, “Bitti though born in an Allahabad working class family, harbours an inclination for business which is very rare. If you tell anyone in a house that you are looking at starting your own business (especially a house where all are working) they will get shocked as with business comes insecurity. So the story will deal with this conflict too. Also, we will show the logic behind Bitti developing an interest for business.”

“Usually, we also talk about changes in society in our TV shows. Earlier, our protagonists used to be regressive. They used to be uneducated, and the belief was that the more they cried, the more would the ratings be. But now, times have changed. Our protagonists are progressive. But even now, there is a restriction for women in society. We want our girls to be educated, and even into jobs. But we want them to be back by 5 in the evening. Even here, the male point of view is what is considered. We will tackle this too in our story later.”

Talking about Prakruti Mishra, his lead girl, Paswan says, “She’s rather new to Hindi GEC. But she has done a lot of work in the regional sector, in Odiya circuit. She recently won the National Award too for a work out there. She is talented and a trained actor. We got her through auditions and she matched the role well.”

“We have a good set of experience actors. Pratima Kannan is a senior veteran actor. Ali Raza Namdar is again a talented senior. Sneha Wagh is very talented and I was very much impressed with her. We have Neeraj Sood who is a good friend, and the same is with Phool Singh.”

On the expectations over the show, he quips, “I hope people watch and sample it. We have put in a lot of hard work with all sincerity. We are positive that the concept would win hearts. Above all, TV is all about number game. So let’s see.”