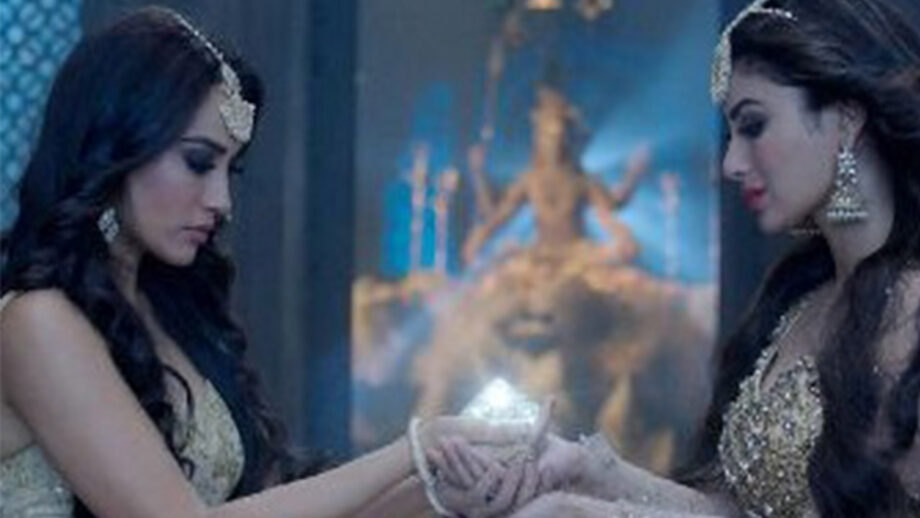 Shivanya and her cousin Shesha are ichchadhari naagins, who want to avenge Shivanya’s parents’ death. There were five murderers, but Shivanya was able to see only three of them: Ankush, Viren, and Shailesh. They killed Shivanya’s parents in a failed attempt to obtain a precious gem with magical powers called Naagmani.

Three months after the events of the first season, Shivanya gives birth to a healthy baby girl, Shivangi, despite being six months early.

A widowed Shivanya does not want Shivangi to become a naagin to protect Naagmani. A saint tells Shivanya that this can be avoided by getting Shivangi married before she turns 25. Rocky, the fiancé of Ruchika and the adopted nephew of Yamini, falls in love with Shivangi. Unaware of Rocky’s relation to Yamini, Shivanya arranges for him to marry Shivangi. Shivangi attempts to commit suicide, but she survives and becomes a naagin, she vows to protect naagmani and avenge her mother.

Shivangi is dying with none of her questions answered. However, she vows to return for revenge. In an old haveli, Ruhi – another naagin having the ability to shape-shift after hundred years of penance, dances with her lover Vikrant under the moonlight in the joy of their much-anticipated union. However, business tycoon Andy Sehgal’s sons, Yuvraj and Aditya Sehgal arrive there and misbehave with Ruhi but an agitated Aditya shoots Vikrant. Mahir arrives there but cannot know what had happened. Vikrant dies while Ruhi vows to return to revenge her lover’s death.
Later, it is revealed that Vikrant is alive and was betraying Ruhi for Naagmani.

A naagin princess, Manyata agrees to give up her magical powers to marry her soulmate, Keshav, who is a human. This decision comes back to haunt Manyata as she is left helpless when Keshav and his entire family are massacred by his enemies, but she somehow manages to run away with her daughter. Twenty-five years have passed since Keshav’s killing. However, the fire of vengeance is still burning in Manyata’s heart, and now her daughter, Nayantara has grown up to become a powerful again.

Recently, Naagmani is introduced in the story.

As the same goes, this series is all about love, betrayal, romance, naagin and most important NAAGMANI!