Abhinav turned a saviour for Drashti! Besides essaying a perfect Rajdeep in the show ‘Silsila -Badalte Rishton Ka’ alongside Drashti Dhami, actor Abhinav Shukla has many other talents as well.

The actor loves taking up DIY projects and a recent one that he did is rather interesting!

“Drashti had this ladies bag kept somewhere for a long time and it had got those molds stains because of humidity. She was telling me about it and I offered to fix that for her!,” he says.

He adds, “I read a bit about mildew (molds) and got to know that they lose their colour by a strong oxidiser.  So, I used hydrogen peroxide which is an oxidiser.  People generally use bleaching powder.  But then, it can take away the colour of the bag as well, so I decided to go for this instead.”

Abhinav wasn’t sure if it could work but was thrilled when it did! “I was very apprehensive as one never knows that how the material will react to an oxidiser, so I did a patch test on a small surface inside the bag before using it on the entire bag. The bag is completely clean now!” he says.

Meanwhile, Abhinav and Drashti have been getting along like a house on fire on the sets of the show. The two have worked together 7 years before as well in the show ‘Geet’. 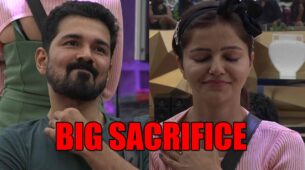 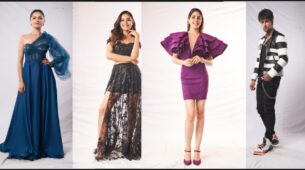